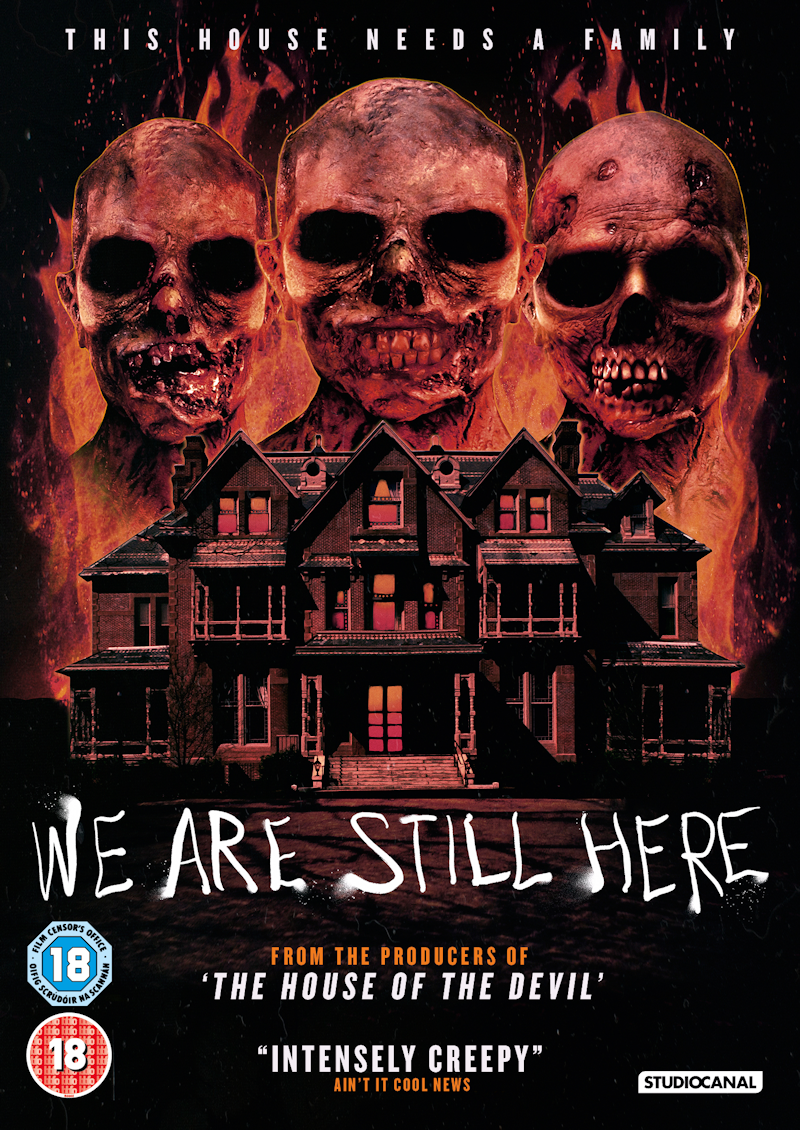 Andrew Sensenig (Last Exorcism Part 2) and scream queen Barbara Crampton (Re-Animator, From Beyond) play a couple, who get more than they bargained for when they move into a house in the country, in Ted Geoghegan’s “We Are Still Here”, which comes to UK DVD this October.

Following the death of their son in a car accident, middle-aged couple Paul and Anne (played by Sensenig and Crampton respectively) decide to start over and move to a house out in the country. Anne claims that she can still feel the presence of their son, Bob, in the new house. Though husband Paul is extremely dismissive.
But following a rather bizarre visit from their neighbours, who inform them of their new home’s dark history, they soon discover there is indeed something else in the house, but not what Anne originally thought and there is a reason the locals are somewhat stand off-ish towards them, owing to a very dark secret the town is hiding.

Directed by Ted Geoghegan (Writer – Don’t Wake the Dead, Nikos the Impaler) and also starring Lisa Marie (Lords of Salem, Planet of the Apes), Larry Fessenden (Stakeland, I Sell the Dead) and Monte Markham (TVs Baywatch, Piranhas), the film is an effective haunted house thriller, which also blends in elements of the slasher genre for its gore soaked finale.

I really enjoyed this one, the film had a good cast and looked like it had a lot more money than it probably did, making the most of its rural location. Though at 1h20m, it’s not overly long. If you like supernatural thrillers, this one’s a must.

Extras on the disc include a Behind the Scenes feature, which includes interviews with the cast and crew and an audio commentary track with Writer/Director Ted Geoghegan and Producer Travis Stevens.

The film is released to UK DVD October 12 from Studio Canal.
Pre-order the UK DVD from Amazon.co.uk