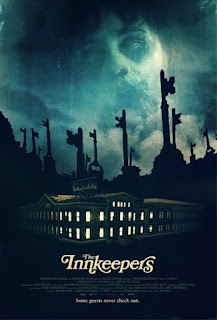 The Inn Keepers, the new horror from director Ti West (House of the Devil, Cabin Fever 2) will be getting a limited theatrical run this June, ahead of its DVD release.

After over one hundred years of service, The Yankee Pedlar Inn is shutting its doors for good. The last remaining employees - Claire and Luke - are determined to uncover proof of what many believe to be one of New England's most haunted hotels.

As the Inn’s final days draw near, odd guests check in as the pair of minimum wage “ghost hunters” begin to experience strange and alarming events that may ultimately cause them to be mere footnotes in the hotel’s long unexplained history.

The film is in cinemas from June the 8th, with the DVD following on the 25th.

View the trailer on You Tube.
Posted by Dark Angel at 21:48 No comments: 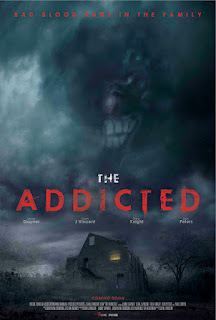 Recoil Films "The Addicted", a forthcoming horror movie from director Sean J Vincent, is about to wrap filming.

Set in a drug rehab unit, a corrupt doctor bumps off one of his patients at the clinic with a contaminated batch of heroin so that he can maintain an affair with his wife.

25 years later and the doctors daughter Nicole is now an upcoming TV journalist and are preparing for a night of filming at the now derelict Drug Rehab unit where he father used to work.

But as they settle down for the night, it soon becomes clear that they are very much not alone…

The film makers are hoping to have this released shortly, in the meantime checkout the trailer on You Tube.
Posted by Dark Angel at 21:19 No comments:

American horror fans will have to wait till June 1st, sorry! :-)
Posted by Dark Angel at 21:45 No comments:

Iron Sky in the UK for one day only? Bollocks! 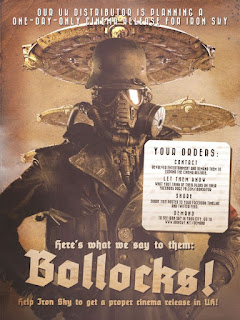 For those of you looking forward to seeing the new "Nazi's from Outer Space" film "Iron Sky" starring Udo Kier, the official website are reporting that distributors Revolver Entertainment are now only going to release it in cinemas for (wait for it) *ONE DAY ONLY*???????

Needless to say, the production company are extremely pissed off and fans are very dissapointed, so the film makers have launched an online campaign to get Revolver to reconsider.

You can read more about whats going on, and how you can join in the campaign, over at the official "Iron Sky" website. Click on the link below....

http://www.ironsky.net/site/iron-sky-in-the-uk-for-one-day-only-bollocks/
Posted by Dark Angel at 21:41 No comments: 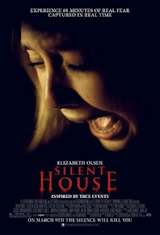 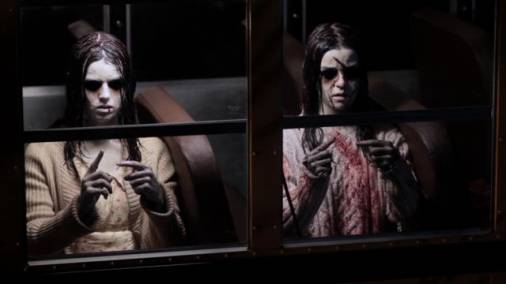