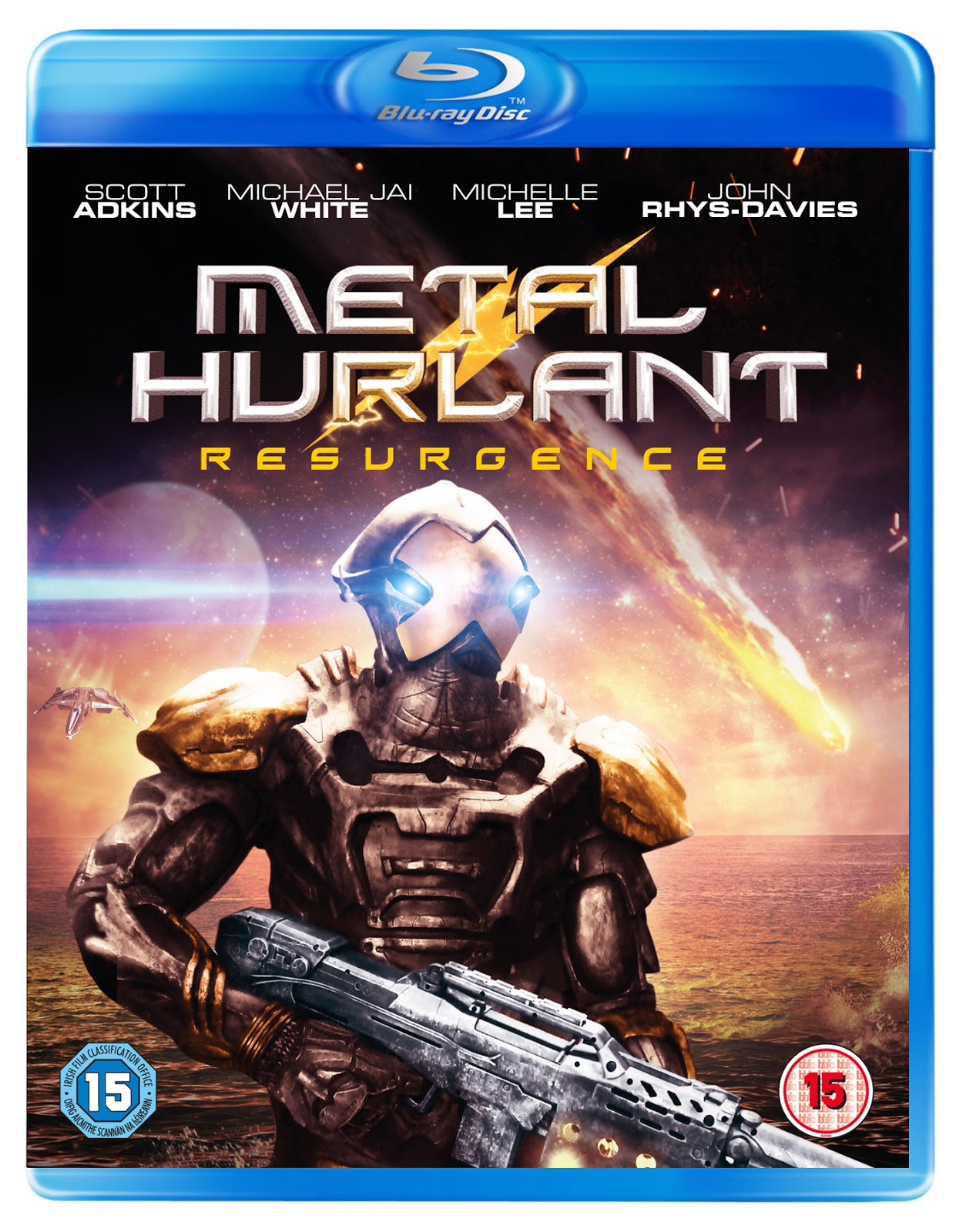 "Metal Hurlant : Resurgence", the follow up to “Metal Hurlant Chronicles” is released to UK BD and DVD this October (this review covers the DVD release, but the BD is the same).
If you are unfamiliar with the Metal Hurlant series (which has not yet been shown on UK TV) it’s a dark sci-fi anthology show, based on the French comic books of the same name (republished as Heavy Metal in the US).

Filmed in the style of those old “Twilight Zone” shows, and featuring an international cast. Each episode is a self-contained story, set on a different planet in the universe. The only link between them being the story takes place as a blazing asteroid (known as metal hurlant) happens to be passing by.

Ep 1 “Whisky in the Jar” Appears to take place on Earth in the wild west, where the local sheriff (played by Michael Beihn – “Aliens”) attempts to convince the new doctor to leave town, after a his predecessor developed an usual healing ability during the appearance of a passing meteor.

Ep 2 “The Endomorph” When a companies cyborg workers become sentient and mount a rebellion against mankind, one of the last remaining groups of soldiers (including Michael Jai White – “Spawn” and Michelle Lee – “Pacific Rim”) attempt to transport a young lad behind enemy lines to an energy source, known as the Gollem. Which can change people into the ultimate fighting machines, known as endomorphs. But when they are captured, have stopped the right person from going through the transformation? (you have GOT to see the end of this episode to believe it).

Ep 3 “Loyal Khondor”. A lone space pilot seeks out the help of an alchemist (played by John Rhys Davis – “Lord of the Rings” trilogy) to cure their princess of an alien disease. But there’s a heavy price to pay.

Ep 4 “Second Chance” takes place at the same time as the previous story and features some of the same cast, in which a down on his luck gambler (Scott Adkins – “Zero Dark Thirty”) thinks his luck may have changed when he meets a feisty call girl, who helps him steal his freighter back. But when they crash land on a planet in a ‘no mans land’ it may not be the second chance he hoped for (again, there’s an interesting twist in the tale on this one).

Ep 5 “Second Son” is set in days of old when knights were bold on a planet that is actually a lot more technologically advanced than its medieval appearance would suggest. Where death from anything other than old age is only temporary, but the third in line to the throne of the Techno King is plotting a murder most foul for his older brother, so that he may seize power.

Ep 6 “Back to Reality”, which was suspiciously like an episode of Red Dwarf, enters a world where people pay to live out their fantasies in a virtual reality environment (in which, confusingly, some of the scenarios from previous stories take place). But when one disgruntled worker (played by Dominic Pinion – “Alien Resurrection”) pays to beat the crap out of his boss in VR, it seems the fantasy world may not be the virtual world he thought, and there’s also the question as to which “reality” is real.
Originally filmed for the French and Belgian TV networks, if you like those old “Twilight Zone” or “Outer Limits” anthology TV shows, or indeed “Tales from the Crypt”, then this will probably appeal.