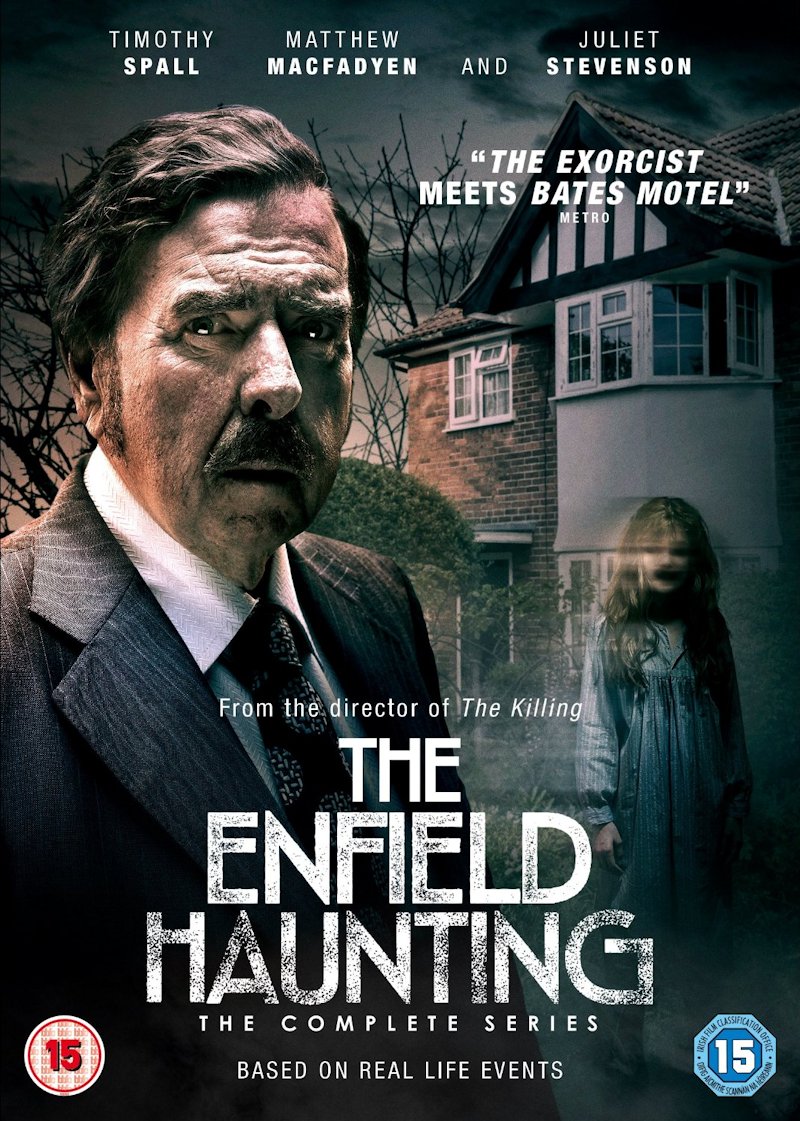 Sky Mini-series “The Enfield Haunting”, starring Timothy Spall, is released to UK DVD this October in time for Halloween. Based upon an apparent true story, it tells the tale of a family terrorised by an apparent poltergeist and a couple of paranormal investigators attempts to prove, or debunk what’s going on in the house.
Set sometime during the late 1970s (as is evidenced by the posters of Starsky and Hutch and The Bay City Rollers adorning the children's walls), in an ordinary residential street in Enfield, North London. A single parent and her 3 young children’s lives are turned upside down when they find themselves being terrorised by strange noises and the furniture moving on its own.
A paranormal investigator from the Society of Physical Research, Maurice Gross (Timothy Spall – “Talented Mr Ripley”, TVs “Auf Wiedersehen Pet”) is sent to investigate the apparent the ghostly goings on, suspecting the kids might be playing a prank. But is soon convinced that what’s going on in the house is genuine.
Fellow researcher, Guy Playfair (Mathew Macfayden TVs “Ripper Street”) is also sent to see what he makes of the situation and like Maurice, initially suspects foul play. But after witnessing first hand one of the daughter’s speaking in strange voices, levitating in mid air and finding himself hurled across the room by an invisible force, is forced to conclude that Maurice is indeed right.
Based on the book “This House is Haunted”, about Guy Playfair’s experiences during his investigation (yes he is an actual character), the film is rather like a cross between The Amityville Horror and The Exorcist, though set in Britain (both of those also being based on apparent true stories). The question does arise as to just how true the original story was (particularly as the show does deviate from the actual story quite drastically in places), but on an entertainment level, the film is a very entertaining supernatural drama.
Originally shown as 3x 45 minute episodes (1hour with commercials), the disc gives you to watch all episodes consecutively, or select them individually. The disc also comes with a series of behind the scenes features, containing interviews with the cast and crew, which were originally filmed as web teasers for Sky TVs web page to promote the show. Which includes…


The series is released to UK disc Oct 19 from Entertainment One.
Pre-order the UK DVD from Amazon.co.uk