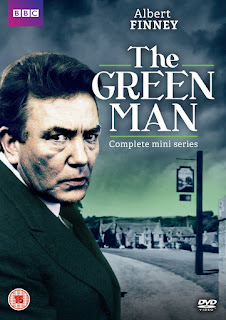 Maurice Allington (Finney – Skyfall, The Gathering Storm) is the promiscuous and alcoholic owner of a quaint British bed-and-breakfast hotel, the Green Man Inn. In the hope of attracting customers, when he’s not trying to seduce them, Allington keeps his guests entertained with tales of ghosts and spirits haunting his hotel, spreading rumours that the ghost of a notorious 17th century occult scientist haunts it. But he and his guests are in for a shock when they realise that the hotel is possessed by some very real and malevolent other-worldly spirits.