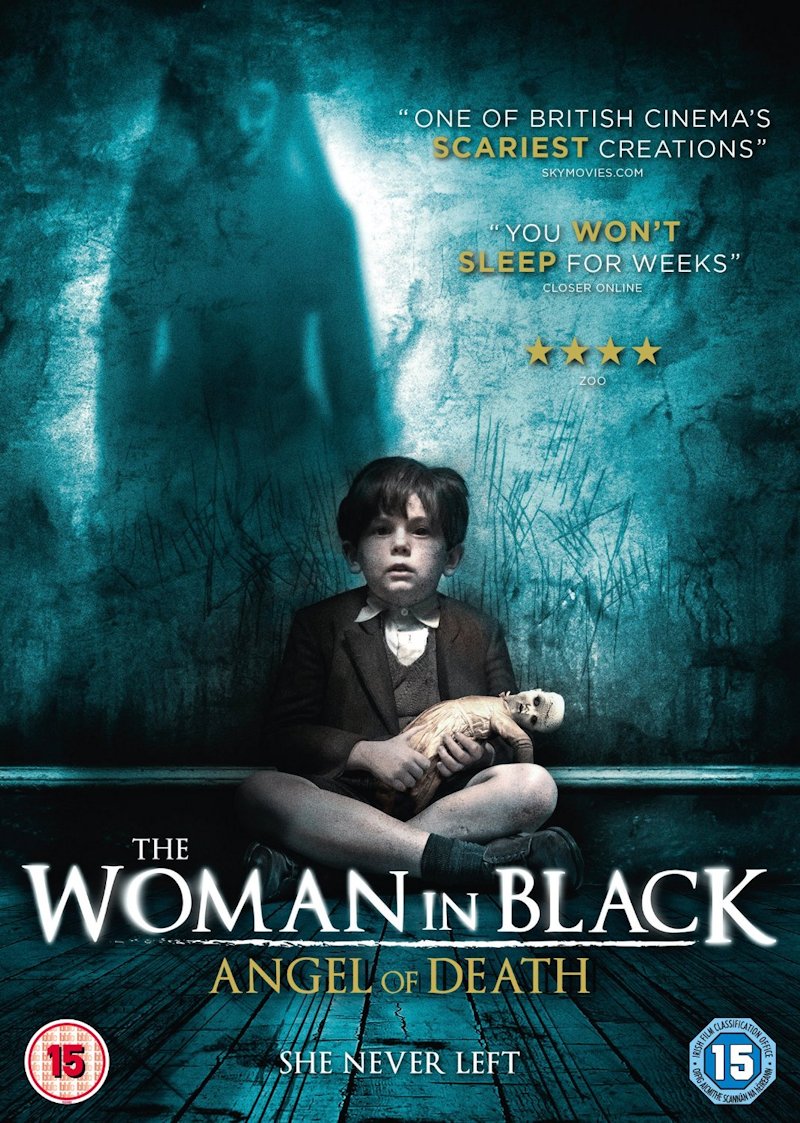 A group of school children and their teachers find that its never wise to ignore local ghostly legends, in Hammer films “Woman in Black 2 : Angel of Death” which comes to UK disc and VOD outlets July 6th from Entertainment One.
Set some 40 years after the original film, with the onset of WW2 and the German Luftwaffe bombing the living daylights out of London. A group of Evacuee school children are sent out to the countryside to stay at the dilapidated Eel Marsh House, which the local council have tried to patch up.
It’s been many years since the ghostly goings on of the first movie and whilst local legends persist, few people believe in the tales of the place being haunted by a mysterious Woman in Black.
But when the schoolchildren start dying under mysterious circumstances, it seems something evil could very well be lurking in their midst and the legend of the Woman in Black could be all too real.
Starring Phoebe Fox (War Book), Helen McCrory (Skyfall), Jeremy Irvine (War Horse) and Adrian Rawlins (Harry Potter franchise), the film is an effective ghostly chiller, that fans of the original should love.
Extras on the disc include
Deleted scene (2:25) – Miss Parkins looks around some of the deserted outbuildings of Eel Marsh House before going to bed.
Chilling Locations  - (5mins) Brief, but very interesting feature about the different locations used in the film, including Nocton Hall, used for Eel Marsh House, which was of particular interest to me, being local to myself.
Pulling back the Veil (13mins) - Making of feature, with interviews with the cast and crew, and behind the scenes footage.
Designing fear (3mins) – Production designer Jaqueline Abrahams and director Tom Harper and Make up artist Cate Hall discuss the look of the film.
From page to screen (2m30) – Another set of interviews in which the director and crew discuss how they set about following on from the first film.
Hammer’s Legacy (2m50) – Producer Simon Oakes, along with other crew and cast members talk about how they are re-inventing Hammer horror movies for the 21st century, with titles such as this and The Quiet Ones.
Great Expectations (2mins) – Actor Jeremy Irvine talks about his role as RAF pilot Harry Burnstow.
The disc I was sent to review was the DVD version, however these extras can also be found on the BD release.
If you enjoyed the original movie, you should equally enjoy the ghostly chills in this. It was also quite amusing to see Adrian Rawlins in this, given that he appeared in the original 1993 TV movie, plus he was Harry’s dad in the Harry Potter films, which starred Daniel Radcliffe, who appeared in the previous movie.
Packed with extra features, if you love a good ghost story, or you’re a fan of the original, I would recommend picking this one up.

“Woman in Black 2 : Angel of Death” is released July 6th