"Closer to God" a review. 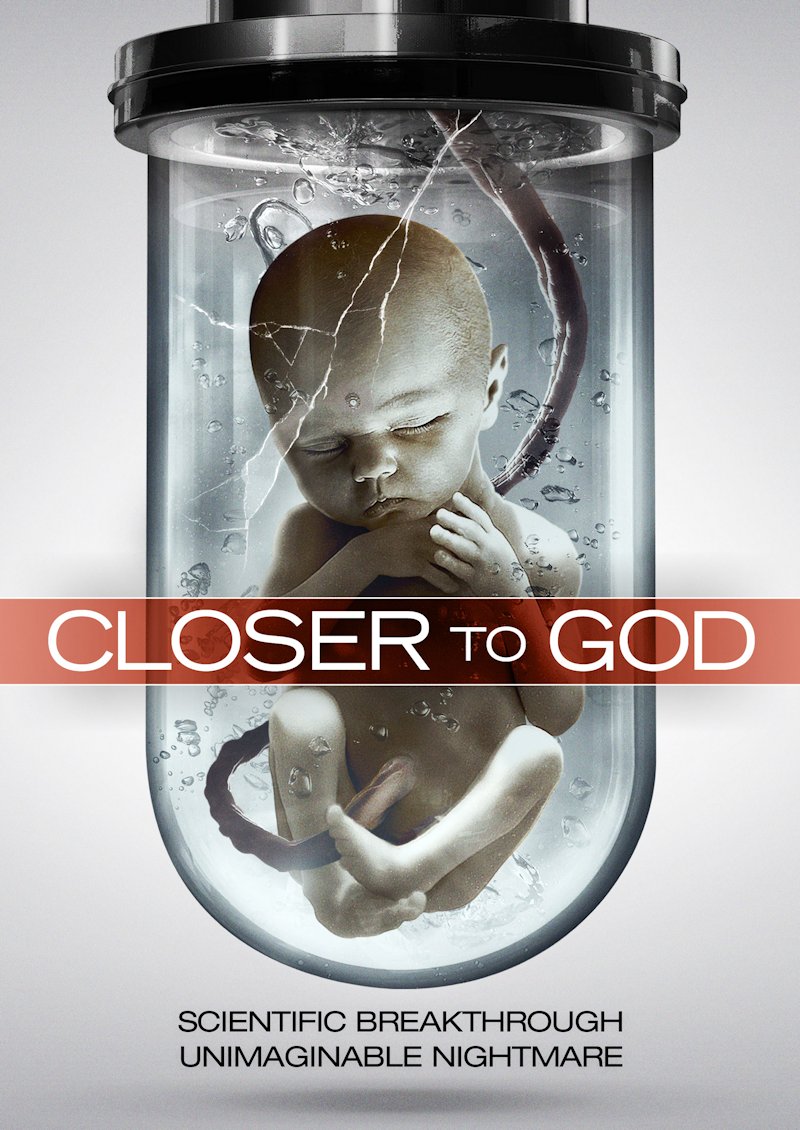 The ethics of human cloning are examined in Billy Senese’s dark sci-fi horror “Closer to God”, which is being shown at selected US cinemas July 3rd and released to US VOD outlets same day.
Scientist Victor Reed (Jeremy Child’s - TV’s “Nashville") has created the worlds first cloned human being. Named Elizabeth, for all intents and purposes she seems like a normal baby girl, except that she was created using cloned DNA.
Whilst the media debates the ethics of his experiment, Dr Reed and his staff find themselves set on by angry religious protestors, forcing them to move Elizabeth from their clinic, to his private home. But there’s no sanctuary to be found there either, as the authorities start demanding access to examine the child, and the angry mobs of religious protestors subsequently lay siege to their home.
But, we find there’s another reason that Dr Reed wanted to create a cloned baby and there’s a very dark secret he’s been hiding from his family, which may prove to be their undoing…
Not really what I would class as a “horror” film exactly, despite the obvious “Frankenstein” connections. I would describe this as more of a dark sci-fi drama, which explores some of the ethical issues surrounding human cloning.
For the most part, the scientists are shown as good people, trying to further medical science. But are so wrapped up in their work, they neglect everything else in their lives. On the other hand, the opponents of human cloning are shown to have little or no rational arguments for their objections, just their own personal religious beliefs. Which, when taken to the extreme, shows they’re capable of far worse actions.
An extremely impressive debut feature from director Billy Senese, who also wrote the script. The film appears highly polished for what was obviously a low budget movie, looking like it had a lot more money than it probably did. Competently shot, makes good use of its limited locations and despite most of the cast having few credits to their name, the acting was more than respectable (sharper eyed viewers will recognise some of the cast from TVs “Nashville” in this, as well as veteran actor John Schuck, a regular on TVs “Law and Order”, who’s also had several “Star Trek” roles, who turns up in a supporting role).
I personally enjoyed the film, but its best viewed as a dark drama. Its not exactly a horror film, though there are some very dark elements to the script and it’s certainly not an action film, though when we discover what Dr Reed’s dark secret is towards the end, things do bump up a gear.
The film is out in the US from July 3. No news yet of if and when it will become available in the UK.
View the trailer on YouTube