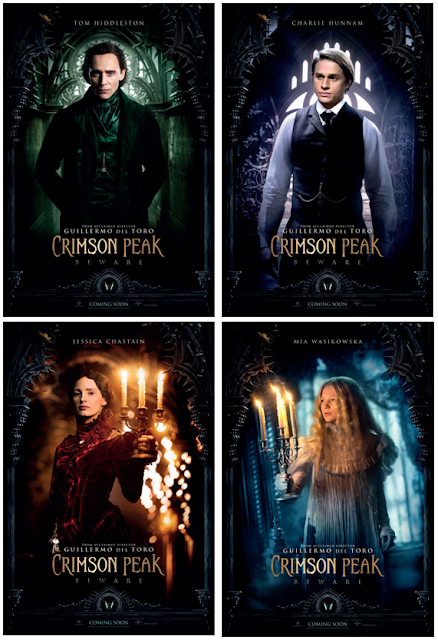 In the aftermath of a family tragedy, an aspiring author is torn between love for her childhood friend and the temptation of a mysterious outsider.  Trying to escape the ghosts of her past, she is swept away to a house that breathes, bleeds…and remembers.
Thomas Tull, Jon Jashni, del Toro and Callum Greene produce, and Jillian Share executive produces.
"Crimson Peak" is released to UK cinemas October.
View the trailer on YouTube.
Posted by Dark Angel at 18:45