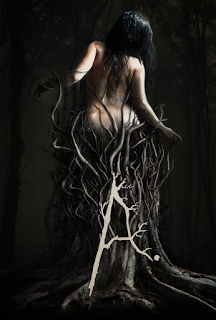 Jennifer Lynn Warren. ("American Horror Story", "Creature") and Andrew Sensenig ("Powers", "Upstream Color") have joined the cast of the supernatural thriller "Ayla".
Also on board are Tristan Risk ("American Mary", "The Editor"), Nicholas Wilder ("Gut"), Bill Oberst Jr. ("Resolution", "Scary or Die"), and Miles Joris-Peyrafitte ("Gut").
"Ayla" centers on Elton (Nicholas Wilder), a man haunted by the mysterious death of his 4-year-old sister, who brings her back to life thirty years later as an adult woman, with dire consequences.
Elias ("Gut", "Dark") scripted and will direct. Matt Medisch, Jeremy Berg, and John Portanova of The October People ("Found", "The Device", "Valley of the Sasquatch") will produce in partnership with Clayface Pictures ("Dark").
Production is planned for this Autumn, with the film to be shot in Seattle and the surrounding areas.
The project is currently crowdfunding on Kickstarter, for more information and list of perks available for the different levels of investment, visit the official Ayla Kickstarter Page