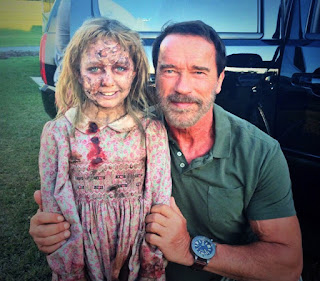 The 69th Edinburgh International Film Festival (EIFF) will be taking place at cinemas across the city of Edinburgh, from the 17th to 28th of June.
The festival boasts something for everyone and should be of particular interest to horror fans. Highlights of which include...
Cop Car (International Premiere / screens in the 'American Dreams' strand)
A dark and brilliant B-movie starring Kevin Bacon as a small town sheriff, who sets out to find the two kids who have taken his car on a joy ride.

For more information on these and other films in the festival, visit http://www.edfilmfest.org.uk/