In selected UK cinemas from Friday 28th October, a father and daughter fight for their lives on a train full of zombies, in this Cannes Midnight Movie sensation, TRAIN TO BUSAN, a truly astounding, action-packed thrill-ride from South Korea with social bite, an unexpected emotional punch, and a carriage- load of first class action. 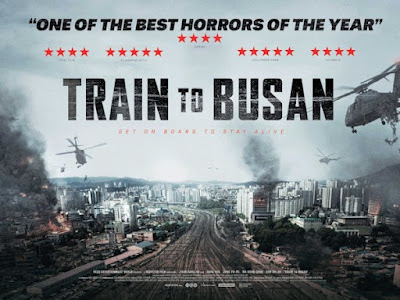 A mysterious viral outbreak pushes Korea into a state of emergency. The government declares martial law just as divorced Seok-woo and his daughter catch the KTX bullet train from Seoul to Busan to see her mother. But someone on the journey has been recently infected sending the hurtling carriages into complete chaos. As the living dead transform the voyage into a nightmare excursion, father and daughter and a small group of uninfected passengers must fight for survival. Get on board to stay alive!


Now boarding, make sure you get a ticket: everyone should see this film - it’s pure cinema!