To celebrate Halloween, there is a FrightFest Weekend special, a marathon of cinematic scares featuring sixteen of the best films from previous FrightFest events - including the UK TV premieres of V/H/S, a terrifying anthology pushing the genre in a fresh direction and Vincenzo Natali’s HAUNTER, where ‘Groundhog Day’ meets ‘The Others' in a chilling reverse-ghost story. Also included are the network premieres of Tomas Alfredison’s remarkably moving and genuinely frightening vampire tale LET THE RIGHT ONE IN and FRANKENSTEIN’S ARMY, Richard Raaphorst’s inventive freak show of gore, guts and gunplay. 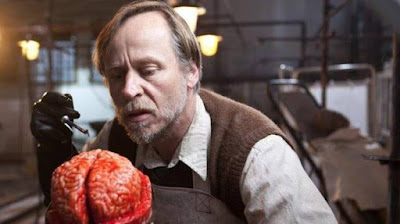 In the waning days of World War II, a battalion of Russian soldiers find themselves lost in eastern German enemy territory. Stumbling upon a village decimated by an unseen terror, they discover a secret Nazi laboratory and a mad scientist conducting experiments using the journal of one Dr. Victor Frankenstein to fuse flesh and steel to create unstoppable undead soldiers. This is historical HOSTEL on Hammer Horror steroids, cyberpunk by way of classic Universal monster mayhem.

True to the form of CUBE, CYPHER and SPLICE, director Vincenzo Natali’s spooky tale of vintage murders, time travel, and clear boundaries between the living and the dead is impeccably constructed and tightly focused with a strikingly good performance from Abigail Breslin. She plays Lisa Johnson, a teenager, who along with her family are deceased, doomed to repeat the fateful last day before they were all killed by the Haunter in 1985.  Only Lisa has ‘woken up’ . It’s the present day and the serial-killing Haunter is closing in again. 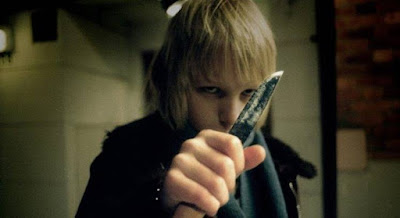 Tomas Alfredson’s stunningly directed juvenile vampire saga charts the budding friendship between bullied loner Oskar and angelic Eli, his new neighbour. But Eli requires freshly tapped human blood to survive and Oskar might just be the person to replace her ageing guardian…Alfredson’s subtle masterpiece is a remarkable evocation of childhood terrors, fantasies and frailties and has taken its place among the classics of the vampire genre. 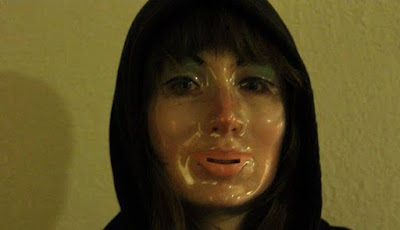 Six bizarre tapes: Six horrific stories: Six acclaimed directors. When a group of sleazy misfits is hired by an unknown third party to burgle a desolate house and acquire a rare VHS, they discover more found footage than they bargained. A gruesome and twisted blast of sickness from the collective minds of Adam Wingard, Glenn McQuaid, Radio Silence, David Bruckner, Joe Swanberg and Ti West.