THE WAILING, in UK cinemas and on VOD 25TH Nov

South Korean box office smash, THE WAILING, is a riveting police investigation which turns into a sensationally terrifying thriller as a likeable cop is drawn into a nightmarish hunt for a source of pure evil disturbing his quiet, rural village. 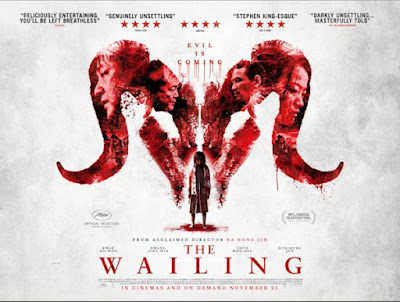