Sony pictures have released the full trailer for the final installment of the Resident Evil franchise. Entitled "Resident Evil : The Final Chapter", the film picks up immediately after part 5, with humanity on its last legs, after Alice, Jill, Leon, Ada, and Becky are betrayed by Wesker in Washington D.C.

As the only survivors of what was meant to be humanity's final stand against the undead hordes, Alice must return to where the nightmare began – Raccoon City, where the Umbrella Corporation is gathering its forces for a final strike against the only remaining survivors of the apocalypse. In a race against time Alice will join forces with her friends, and new, old, and unlikely allies, in an action packed battle with undead hordes and new mutant monsters.

The film is released to UK and US cinemas early 2017, though Japanese fans will be able see this in December 2016. 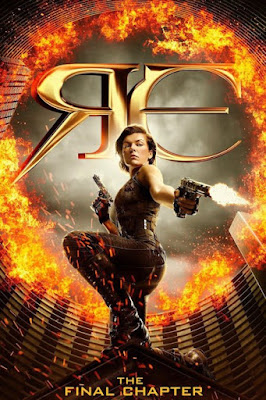