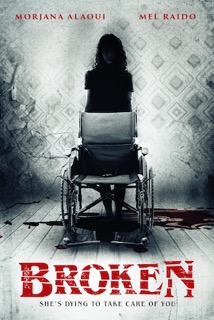 Evie (Morjana Alaoui - Martrys), a 25 year old agency support worker, is desperate for a better life to escape her past demons. Left with few options, she takes the job of looking after John (Mel Raido, Legend), a bitter and resentful tetraplegic who wants to do nothing more than party.

Drunk and high, John and his friends make Evie's life a living hell and she finds herself trapped and the centre of Dougie's (Craig Conway - Estranged, The Descent) an aggressive drunk's, attention.

Scared for her life, and haunted by the nightmares she was running from, Evie starts to slowly crack and she has to ask herself if she is cut out for the role of carer or if she, like so many of her tormentors, will break and do something she and they regret...

Watch the trailer on Vimeo

Pre-order the film on Amazon.co.uk