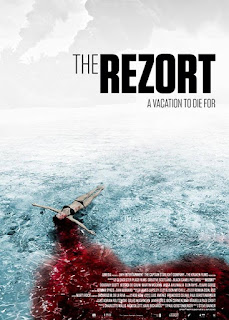 “Jurassic World” meets “The Walking Dead” in THE REZORT, which is being released on all major digital platforms in the UK this month, following it's successful festival run.

THE REZORT sets its story in a world after an almost-apocalyptic zombie outbreak. Humans have won the war and are exploring how humanity can recover after such a huge percentage of the population has been wiped out.

Humankind finally has the upper hand, but Melanie, who lost her entire family, is still deeply traumatised. In a bid to overcome the demons of her past, she goes on a zombie safari retreat. It is the ultimate in therapeutic revenge.

The ReZort is actually a highly controlled and monitored environment, with a maze of concealed security cameras, restraints and barriers. The eyes and ears of trained security personnel are on the guests 24/7, ensuring a safe shooting distance between the living and the undead. That is until the resort’s security system is hacked and a computer virus crashes it, potentially unleashing thousands of bloodthirsty zombies back into the wild

THE REZORT is released to all major UK Digital platforms on 17th October 2016, courtesy of Content Media.

If you are attending the Mayhem Film festival in Nottingham on Friday the 14th, you can catch the films final festival screening there, prior to its general release. For more info visit http://www.mayhemfilmfestival.com