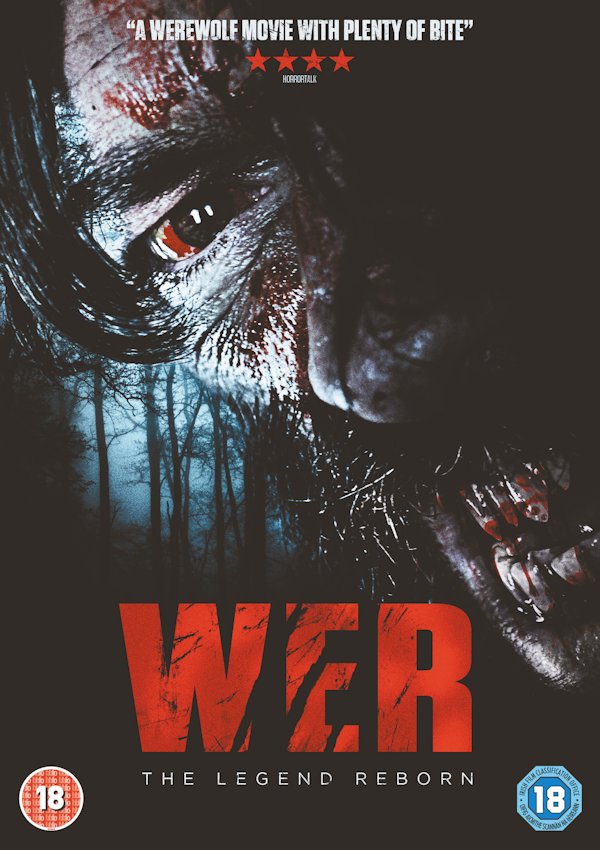 Set in France, American lawyer Kate More (AJ Cooke – TVs Criminal Minds, Final Destination 2) is sent to defend a suspect, who the police believe is responsible for a string of brutal, animal like, murders in the French countryside.

Somewhat dishevelled and covered with excessive hair, Kate is not convinced that her client is the killer. Not least because she and her legal team think he may be suffering from some rare genetic disorder, which would make it impossible for him to have inflicted the animal like wounds on the victims.

But when they take him to a specialist hospital for medical checks, the tests trigger some sort of reaction and it seems there’s definitely something “beastly” about their client. As he breaks out of the hospital and goes on the rampage. Seems the French police had captured themselves a werewolf, and now he’s on the run again.

Also starring Sebastian Roché (TVs Vampire Diaries) and Vik Sahay (TVs Chuck) “Wer” is a strange film, but a very compelling one. The first half hour or so was kind of like watching an episode of Law & Order, being like a legal drama. But once their client transforms and breaks out, the film quickly kicks up a gear as the film follows the police trying to track him down and re-capture him.

The DVD comes packaged with a 10minute “making-of” feature and a “Stunt to Finish” feature (2mins) which takes a brief look at how the films numerous stunts were performed.

The film is out now on UK DVD.
Buy the UK DVD from Amazon.co.uk
Posted by Dark Angel at 18:43