As part of Day 3 of the Mayhem Festival, we were treated to a selection of scary short films. I have decided to review these here, separate from the other films, as if I’d tried reviewing everything on one page, it would have been an awfully long read. 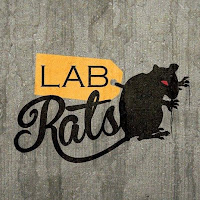 The first of these “Lab Rats” from David Wayman could best be described as a cross between “28 Days Later” and “Street Trash”, as a group of animal rights activists break into a secret animal testing laboratory, only to discover its not animals they’ve been testing on, and their genetic research seems to have strange effects on their “Guinea Pigs”.
Gory, with a streak of dark humour running through it, and clocking in at around 16 mins, proved to be a short but effective old school horror. 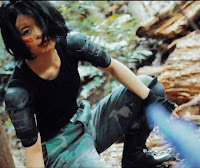 “Himoko the God Slayer” from Hikaru Tsukuda, was a bizarre Japanese fantasy about a mystical warrior (a 13 year old girl), armed with a plastic sword and rubber duck, who has to battle her way through a forest filled with plastic toy alligators that spit fire.
Yes its as weird as it sounds, and was only about 5mins long, but the audience found it hilarious. 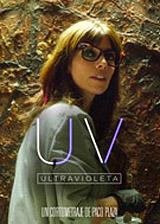 “Ultravioletta” from Paco Plaza (the guy who gave us [REC] ) proved to be one of the more “polished” efforts, with a story about an artist (Maribel Verdú – Pans Labyrinth) working late to uncover a “hidden” portrait that had been painted over with another design. Only to discover that some things are best left undisturbed.
The film was a mere 11mins long, but if they expanded on it, would make a terrific monster movie. 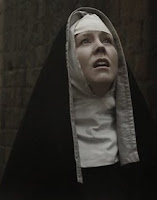 “Solitudo” from Alice Lowe (actress- Sightseers) was one of the more “arty” efforts, revolving around a Nun, who appears to live on her own in an abandoned convent. Except that there appears to be something sinister lurking in the shadows.

This one clocked in at 9mins, featured some good photography and nice use of its isolated location, but no real plot to speak of. 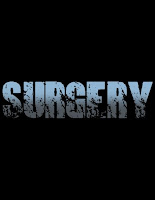 “Surgery” from the Clemens brothers was one of the “darker” short films, about a man who finds himself tied to a table by a madman, who spends the majority of the films 11min duration doing unsavoury things to him with various sharp implements. But there are a couple of twists in the tale, when it’s revealed all is not what it seems.
Apparently, this one was based on a script by noted writer Brian Clemens, and certainly makes for grim viewing (I’ll never be able to watch his old TV show “The Professionals” in the same light again anyway). 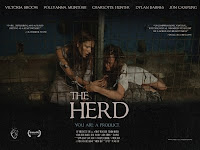 “The Herd” from Melanie Light was not only the longest of the short films, clocking in at 20mins, but was arguably the nastiest. A group of woman are held in squalid cages, for no other purpose than to bear offspring. Whilst others are hooked up to milking devices, the purpose for which is not revealed until the end. Pollyanna McIntosh (Let us Prey, Tales of Halloween) plays one of the bad guys, and overall made for pretty grim viewing, though the scenes of retribution had the audience cheering.

Whilst the film was an extremely effective shocker, it was sadly let down by a snarky remark in the end credits from the director about the farming industry, which didn’t really need to be said. If you are going to make a point metaphorically through the medium of film, then it is best left as a metaphor, as people do not like being preached at, or treated like they are too dumb to get the inferences.

“Juliet” from French director Marc-Henri Boulier looks like it might have taken its cue from an episode of Futurama, as we see what happens to society after the first robot “love dolls” for lonely people appear on the market (I’m sure we remember the Futurama episode where Fry falls in love with a robot Lucy Lu?).
11 mins long, this was a wickedly funny way of examining the dangers of becoming infatuated with modern technology and I was also pleasantly surprised to see horror icon Catriona MacColl (stalwart of many a Fulci film) making a brief appearance.

View the trailer on Vimeo

“Count Magnus”, from Richard Mansfield was notably different to the other short films, being a shadow puppet adaptation of MR James’s gothic horror tale. 11mins long, the story centres around an English writer, travelling round Switzerland, who decides to write a book about an evil Count Magnus. Only for his research to unleash something very dark and sinister.
Skillfully illustrated, one for lovers of gothic fiction.

View the teaser on Vimeo

Richard Powel’s “Heir”, which stars genre regular Bill Oberst Jr (Zombie World) was an 11 minute short about what initially appears to be a couple of older men, who’ve been ‘grooming’ a young lad over the internet.
But whilst their intentions are sinister, the purpose for them wanting him isn’t what we first assumed and both of them appear to be hiding something dark and alien within (think Brian Yuzna’s “Society”). However, the subject of child grooming is still one that remains uncomfortable to view, however you dress it up. 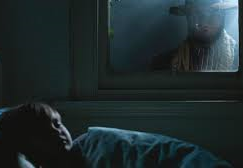 “Kobold” from Nicholas Verso was another cautionary tale about adults who should really be keeping an eye on their kids, after a young lad finds himself being lured away from the family home by what looks like an evil looking dwarf (the titular “Kobold”, which is a fairie type creature from Germanic folklore).

The moral of this 7min tale appearing to be, if you don’t take more care of your kids, someone may do the job for you.

The scary short section concluded with Brian Lonano’s feature “Crow Hand”, which was a straightforward tale about a man who gets cursed by some sort of talisman, which turns his hand into a murderous crow, which proceeds to start killing people.
The film was only 7mins long, but had the audience in hysterics of laughter, proving to be one of the funniest short films in the section.

Check out the teaser on Vimeo

After that, it was back on with the other films at the festival, which I’ve reviewed HERE
Posted by Dark Angel at 21:56