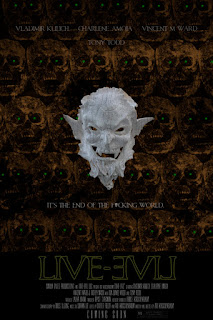 Simian Tales is proud to release the first official trailer, teaser poster and stills for Live-Evil, expected for release in 2016.
Ghostbusters meets Dawn of the Dead as seen through Rod Serling's Twilight Zone in a film that has the horror community buzzing after several sneak peeks were held at festivals.
Written and directed by Ari Kirschenbaum, Live-Evil stars Vladimir Kulich (The Equalizer),Charlene Amoia (How I Met Your Mother), Vincent M. Ward (Ocean’s Eleven),  J. Richey Nash (Fabled) and the legendary Tony Todd (Candyman, TVs The Flash). The soundtrack is composed by Shawn Lee (Bully).
When a small college town police station is besieged by "Evil" on a sleepy Halloween night, Pete, the sheriff, and Hancock, his loyal deputy, are thrown into the middle of holy chess-game that could destroy the town, and possibly the world (scroll down for the trailer). 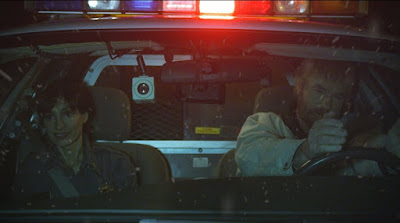 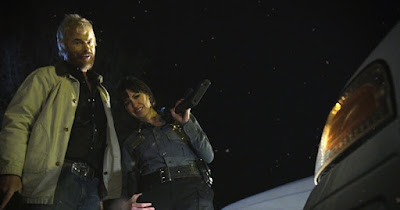 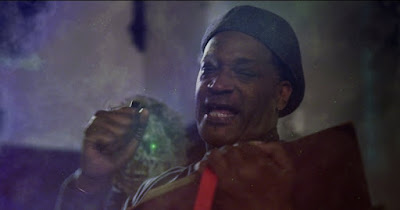