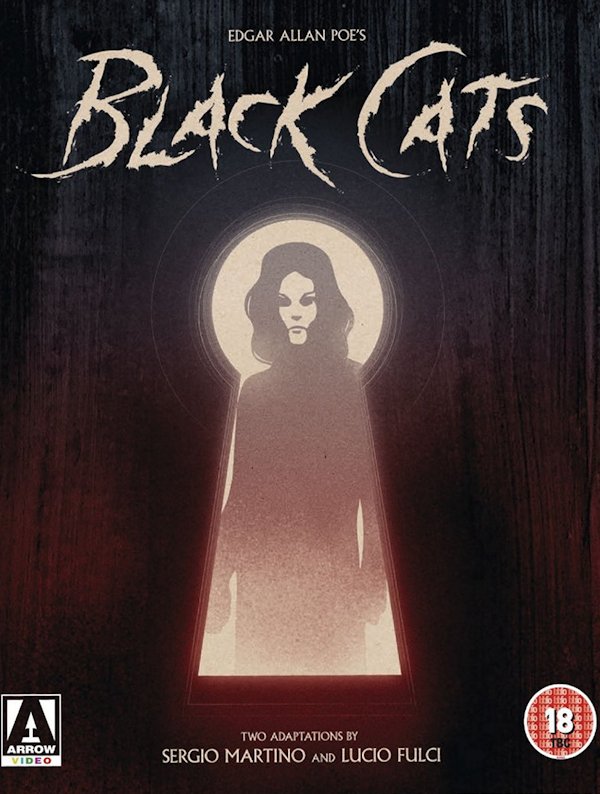 The first film is…

Luigi Pistilli (Bay of Blood) stars as a thoroughly obnoxious, washed-up author. Permanently drunk, he verbally and physically abuses his wife throughout, whilst secretly seeing a string of women behind her back. As well as sexually and racially abusing their black house maid quite openly in front of everyone (maybe racial and sexual abuse wasn’t such a big deal back then?).

Indeed, it seems the only thing he does really love is his pet black cat, named Satan, who his wife Irina  (Anita Strindberg) hates with a vengeance. But when the body of one of Oliviero’s mistresses turns up with her throat slashed, he finds himself in the middle of a police investigation.

When someone slaughters their house-maid, he panics and decides to conceal the body in the cellar. But matters are complicated when his young niece Floriana (Edwige Fenech) comes to visit. Particularly as both Oliviero and Irina seem to have their eye on her and the question remains as to who will end up buried in the cellar next?

Also starring Ivan Rassimov (Deep River Savages), this very loose adaptation of Edgar Allen Poe’s  “The Black Cat”, from director Sergio Martino (Mountain of the Cannibal God) takes the original tale of murder most foul and weaves in a lot of sexual deviancy, grasping relatives and double crossing partners, who’s sins eventually get found out thanks to their pet cat.

The disc gives you the option of watching the English version (under the title “Gently Before She Dies”) , or the Italian version (Il Tuo Vizio E’ Una Stanza Chuisa E Solo Io Ne Ho La Chiave). The only difference being the credits sequence and spoken language (sharper eyed viewers will also notice the close ups of what Oliviero has been typing also differ, depending on which version you select). With English subtitles available for both versions.

Other features include a 35min interview with Sergio Martino entitled “Through the Keyhole”, in Italian with English subs, in which the director discusses the films production.

Visual essay “Dolls of Flesh and Blood” by Michael Mackenzie, which looks at director Martino’s contributions to the Italian Giallo genre (29mins)

“The Strange Vices of Ms Fenech” (29mins), in which film historian Justin Harris looks at the career of Italian actress Edwige Fenech

Lastly there’s a 9min interview with Eli Roth (Director – “Hostel”), who discusses his love for the film and other Italian Giallo titles.

Sadly, no theatrical trailer, which is odd considering that trailers can be readily found on YouTube.

Now for the second film in the set…

Lucio Fulci’s take on the classic Poe tale takes place in a rural English village (mostly Hambleden, also the setting for Hammer’s “The Witches”), where several members of the same family have all died under mysterious circumstances over the past few weeks.

Inspector Gorley (David Warbeck – The Beyond) from Scotland Yard comes to investigate, after the local police sergeant (Al Cliver – Zombie Flesh-Eaters) suspects foul play. However, in each case the only strange thing that connects them is evidence that a cat was at scene when the ‘accidents’ happened.

Suspicion falls upon the local eccentric, Robert Miles (played by notable character actor Patrick Magee – Clockwork Orange), who is something of an occultist/psychic and had a grudge against several of the victims, but they’ve no evidence to directly link him to the crimes.

But it seems there is something sinister about his pet cat, and as the bodies pile up, it seems his cat may have had something to do their deaths…

Also starring Mimsy Farmer (Four Flies on Grey Velvet) and Dagmar Lassander (House by the Cemetery), this is a very bizarre film, with a lot of red herrings. Blending elements of many Poe stories together, to potently good effect.

Extras on the disc include, optional English or Italian version. Which are essentially the same, except that selecting the latter will display the films Italian titles at the beginning and end and present the film with it’s Italian dubbed soundtrack

“In the Paw Prints of the Black Cat” (8mins), arguably my favorite extra on the disc, in which Stephen Thrower looks at West Wycombe and Hambleden in Buckinghamshire, the 2 principal filming locations for the movie.

“Frightened Dagmar” (20mins) Interview with Italian actress Dagmar Lassander, in which she discusses her many horror roles over the years, including her various involvements with Fulci. In Italian with English subs.

“At Home with David Warbeck” (1hr 10m). Archive interview with David Warbeck, filmed at his London home back in 1995. Shot on video tape, the picture is full screen, low-res and the audio quality is somewhat hissy, but is never-the-less an interesting candid discussion about his Italian film career with Stephen Thrower.

And lastly you get the films original theatrical trailer (yay!!!).

Both films are packaged with Blu-ray and DVD versions of the film. I was sent the BD versions to review, but the DVDs contain the exact same features on.

Both films have been restored and remastered from the original negatives, so both are looking their best. Though the Fulci film did sport some noticeable print damage/degradation in places, but this was only a minor quibble.

The box set is limited to 3000 pieces, so grab them whilst you can!
Buy the UK BD/DVD combo pack from Amazon.co.uk