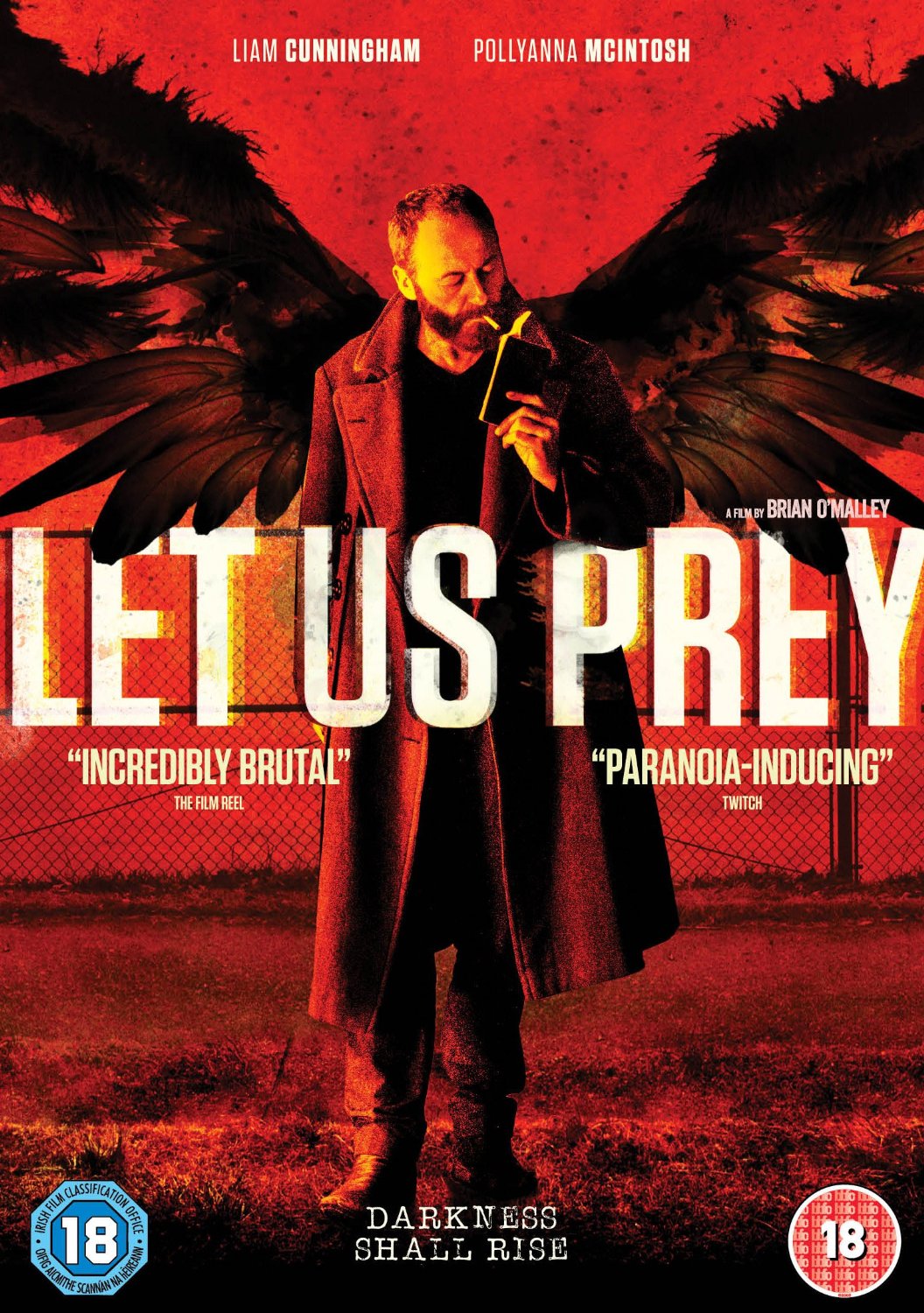 Brian O'Malley's directorial debut "Let us Prey" has been playing the festival circuits to much acclaim this last year and is finally getting a much deserved UK DVD release, thanks to Kaleidoscope Entertainment.
Set in a remote Scottish village, WPC Heggie (Pollyanna Macintosh – “The Woman”) is a fresh faced recruit on the force, who apprehends a joy rider on her way into the station for her first night on the job. He apparently knocked somebody over, yet strangely, the body seemed to have vanished when they looked round.
The man is later found wandering in a daze and brought in by a couple of other officers, played by Bryan Larkin (“Outpost III”) and Hanna Stanbridge (“The Outcast”), which is when things start to get weird. Though he says few words, when he does speak, he seems to unnerve people. Particularly the local doctor, who comes to check him out, but then tries to attack him.

Sticking them in the holding cells, it seems the mysterious stranger knows that everyone at the station, prisoners and policemen alike, is harbouring a very dark secret. Fate has brought them all together for a reason this night and their sins are all about to find them out.
A very weird supernatural tale which goes to show that karma can be a right bitch, as well as putting a whole new shine on the phrase “All Coppers are B*****ds”. In which we find these particular upholders of the law are arguably worse offenders than the people they arrest.
Overall, I was very impressed with this film. Liam Cunningham is aptly cast as the mysterious stranger, as was Douglass Russell  ("A Lonely Place to Die") as the gruff, old school copper, Sgt MacReady who likes to beat manners into unruly detainees.
The film was certainly well received by the people at the Mayhem festival (which is where I first saw this) last year, so I would definitely recommend picking this one up.
“Let us Prey” is released to UK DVD 19th October from Kaleidoscope Entertainment and contains a trailer as an extra.