London is in the midst of a film festivals deluge, with both the behemoth that is London Film Festival and the independently-minded Raindance offering something for every taste (and a few tasteless offerings), including some sci-fi titles such as the SCI-FI-LONDON co-production THE SEARCH FOR SIMON on 1 October. If you missed it at SFL13, then now's the chance to see it at Vue Piccadilly (aka Apollo). However, for dedicated programming from (and with) a host of discerning, like-minded folks, SCI-FI-LONDON has to be your main destination. Forget the allure of the West End, it's all happening out East from 11- 13 October. 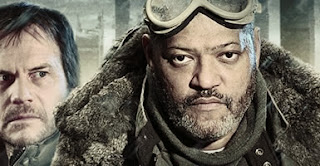 For fans of Japanese cinema there's the world premiere of the HD restoration of Shi'ya Tsukamoto's surreal and violent TOKYO FIST, in a double bill with his cult classic TETSUO: The Iron Man. Showing on Saturday evening they are just the thing to get you energised for the Animé all-nighter of WOLF CHILDREN, PERFECT BLUE and three EVANGELION movies (1.11, 2.22, 3.0).

Other premieres are:star-studded, post-apocalyptic thriller THE COLONY from director Jeff Renfroe, starring Laurence Fishburne, Bill Paxton and Kevin Zegers; and BATTLE OF THE DAMNED, where Dolph Lundgren leads an army of robots against a zombie hoard (what's not to love?)
Other films on offer are the award-winning CHANNELING (winner of our Best Feature Award – so you know it must be good), which is why we are showing it again, plus with Google Glass now a reality, it is all the more pertinent. 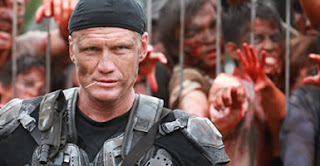 For fans of the brilliant Stanislaw Lem, there's a free screening of the classic 1963 Czech film IKARIE XB-1. This is a must see for all hard-core sci-fi fans, so make sure you reserve tickets, even though it is free.

As for the all-nighters, there's the aforementioned Animé offering, a selection of truly dreadful sci-fi films getting the MST3K treatment and a selection of alien invasion films to celebrate the imminent release of the XCOM: ENEMY WITHIN game.
There's plenty more on offer so check out the website for all the details of what's showing and how to book the tickets.


For more information on these and other Sci-Fi London events, and to book tickets, visit the official website at... http://www.sci-fi-london.com/festival/2013/oktoberfest