Lionsgate films have just released the UK artwork for their forthcoming release "The Haunting In Connecticut 2 : Ghosts of Georgia"
"Haunting In Connecticut 2" is the only horror released this Halloween season and tells the true story of the Wyrick family - Lisa, Andy and their young daughter Heidi - who moved to Pine Mountain, Georgia, in 1993. Upon moving into their new home, the Wyrick women begin experiencing disturbing visions. Do the visions hint at the onset of a shared family madness, or are they clues to a real-life nightmare that once took place on the property? 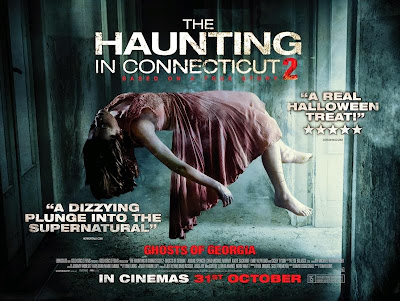