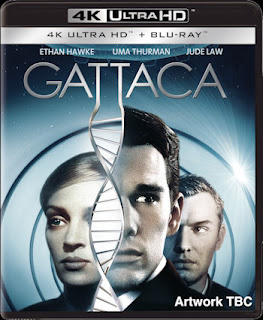 Hawke stars as Vincent, an “In-Valid” who assumes the identity of a member of the genetic elite to pursue his goal of traveling into space with the Gattaca Aerospace Corporation.

However, a week before his mission, a murder marks Vincent as a suspect. With a relentless investigator in pursuit and the colleague he has fallen in love with beginning to suspect his deception, Vincent’s dreams steadily unravel.

GATTACA will be available on 4K UHD March 22 from Sony Pictures Home Entertainment.

Pre-order the UK 4K UHD and BD pack from Amazon.co.uk