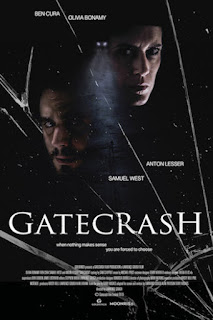 Bird Box Distribution is thrilled to announce the release of its latest film, twisted psychological thriller, GATECRASH, which will be coming to all major Digital Download platforms from 22nd February.

The film follows Steve (Ben Cura) and Nicola (Olivia Bonamy) arriving home in the middle of the night, shortly after being involved in a hit and run accident.

However, as the night unfolds a series of disturbing events force the couple to battle against an unseen, menacing presence culminating in a sickening discovery.

View the trailer on Vimeo.

GATECRASH will be available on Digital Download from 22nd February