SHUDDER, AMC Networks’ premium streaming service for horror, thriller and the supernatural, has an unbeatable lineup of new Shudder Original and Exclusive films premiering on the UK service over the next two months: A Nightmare Wakes, Shook, The Dark & the Wicked, Lucky, Stay Out of the F**king Attic, Slaxx, and Violation; films which take in numerous countries around the world and range from dark comedy to survival horror to period psychological thrillers. These films represent the vibrant, creative passion that drives independent and international genre cinema today, with titles that have been official selections at top film festivals including Sundance, Toronto, SXSW and Tribeca. See below for details and dates. 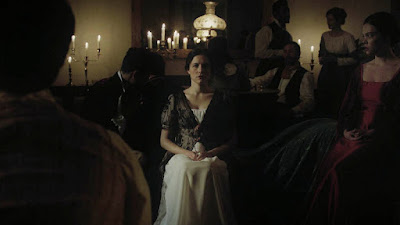 A gothic period piece inspired by the torrid love affair of Mary and Percy Shelley and the creation of her famous novel, Frankenstein. As she creates her masterpiece, she gives birth to a monster. Directed by Nora Unkel. Starring Alix Wilton Regan (The Wife), Giullian Yao Gioiello (Scream: The TV Series, Marvel’s Iron Fist), Philippe Bowgen (The Mick), Lee Garrett, Claire Glassford, and Shannon Spangler. A Shudder Original film. 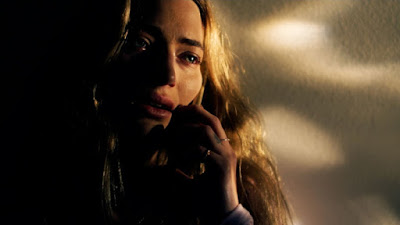 When Mia, a social media star, becomes the target of an online terror campaign, she has to solve a series of games to prevent people she cares about from getting murdered. But is it real? Or is it just a game at her expense? Starring Daisye Tutor (Guest House), Emily Goss (Snapshots), Nicola Posener (The Bold and the Beautiful), Octavius J. Johnson (Sleepless), Stephanie Simbari (Here and Now) and Grant Rosenmeyer (Crazy Ex-Girlfriend). Directed by Jennifer Harrington (Housekeeping). A Shudder Original film.

THE DARK AND THE WICKED — premieres 25 February 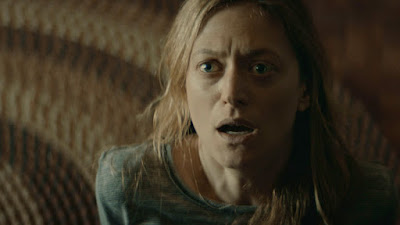 On a secluded farm, a man is bedridden and fighting through his final breaths while his wife (Julie Oliver-Touchstone, Preacher) slowly succumbs to overwhelming grief. Siblings Louise (Marin Ireland, Hell or High Water) and Michael (Michael Abbot Jr, The Death of Dick Long) return home to help, but it doesn’t take long for them to see that something’s wrong with mom—something more than her heavy sorrow. Gradually, they begin to suffer a darkness similar to their mother’s, marked by waking nightmares and a growing sense that an evil entity is taking over their family. Directed by Bryan Bertino (The Strangers). A Shudder Exclusive. 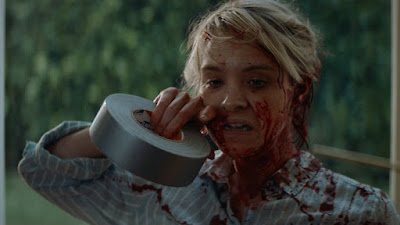 Putting a fresh spin on the home invasion subgenre, this surreal feminist thriller follows a self-help book author (Brea Grant, who also scripted) who suddenly finds herself stalked by an elusive and dangerous man and becomes caught in a struggle to regain control over her life. Directed by Natasha Kermani (Imitation Girl). A Shudder Original film.

STAY OUT OF THE F**KING ATTIC — premieres 11 March 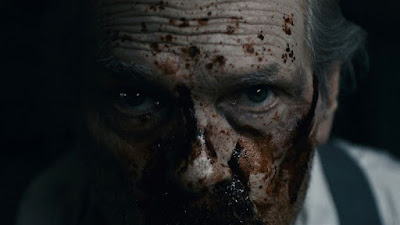 A diverse group of ex-cons-turned-movers—played by Morgan Alexandria (Forever My Girl), Ryan Francis (Sisters) and Bryce Fernelius (Ruling of the Heart)—are convinced by their creepy client, Vern Muller (Michael Flynn, The Outpost), to pull an all-nighter for a generous pay bump. As the night progresses and rooms are cleared, they slowly uncover the horrors that exist inside his old Victorian mansion, which include boobytraps, human experimentation, Nazi monsters and more. Will they survive the night? Directed by Jerren Lauder. A Shudder Original film. 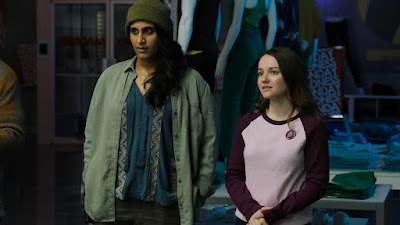 A possessed pair of jeans is brought to life to punish the unscrupulous practices of a trendy clothing company. Shipped to the company’s flagship store, Slaxx proceeds to wreak carnage on staff locked in overnight to set up the new collection. Starring Romane Denis (Slut in a Good Way), Brett Donahue (Private Eyes), Sehar Bhojani (The Handmaid’s Tale) and Stephen Bogaert (The Umbrella Academy). Directed by Elza Kephart (Go in the Wilderness).  A Shudder Original film. 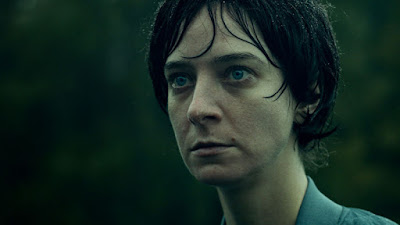 With her marriage about to implode, Miriam returns to her hometown to seek solace in the comfort of her younger sister and brother-in-law. But one evening a tiny slip in judgement leads to a catastrophic betrayal, leaving Miriam shocked, reeling, and furious. Believing her only recourse is to exact revenge Miriam takes extreme action, but the price of retribution is high, and she is not prepared for the toll it takes as she begins to emotionally and psychologically unravel.  Directed by Madeleine Sims-Fewer and Dusty Mancinelli.  A Shudder Original film.

For more info and to sign up, visit... https://www.shudder.com/