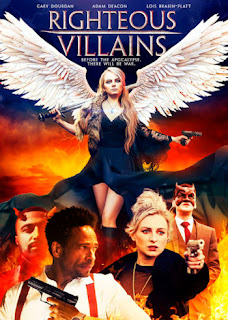 A young conman with nothing left to lose, and desperate for his next money-making scheme, receives a mysterious invite to join the New World Order, a secret society of powerful individuals that supposedly control every aspect of the world.

The further he becomes entangled, he realizes the sinister motivations of the society are born from sorcery and black magic, but when you're in so deep, it's not always easy to find a way out.

The film is the second title from Saints & Savages to be directed by Savvas D. Michael, following the news that the crime thriller Original Gangster will be released on 5th April.

RIGHTEOUS VILLAINS, will be available in the UK on DVD and Digital Download from 12th April.