New May releases from ARROW VIDEO

Arrow Video’s May films include a superbly quirky comedy horror debut, the worldwide Blu-ray debut of a provocative Seventies masterwork, and a lavish edition of an offbeat, A-list sci-fi favourite. 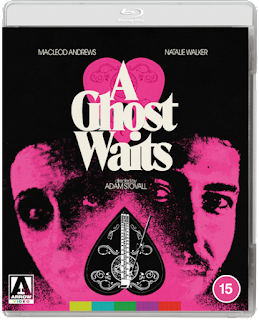 An ingeniously unique and unpredictable combo of horror, humour and heart, A Ghost Waits is a DIY labour of love years in the making from first-time writer/director Adam Stovall and producer/star MacLeod Andrews.

Tasked with renovating a neglected rental home, handyman Jack (MacLeod Andrews, They Look Like People, Doctor Sleep) quickly finds out why the tenants keep leaving in droves - this house is haunted. The ghost in question is Muriel (Natalie Walker), herself employed from beyond the veil to keep the home vacant.

Against the odds, Jack and Muriel find they have a lot in common... pulse notwithstanding. Having found a kindred spirit in an otherwise lonely existence, they must fight for their newfound affection as pressure mounts for them each to fulfil their ‘cross-purposes’.

From its opening spectral assault to its achingly poignant conclusion - as well as a witty depiction of afterlife bureaucracy in the vein of Beetlejuice and A Matter of Life and Death - A Ghost Waits has shocked and surprised audiences around the world, and now makes its home video debut stacked with insightful bonus features that take you inside the process of creating this phantasmagorical monochrome marvel. 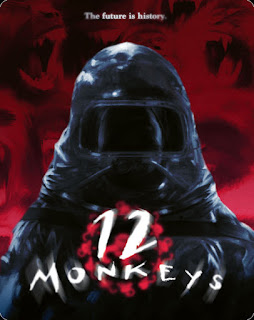 Following the commercial and critical success of The Fisher King, Terry Gilliam’s next feature would turn to science fiction and a screenplay by Janet and David Peoples (Blade Runner, Unforgiven) inspired by Chris Marker’s classic short film La Jetée.
In 1996, a deadly virus is unleashed by a group calling themselves the Army of the Twelve Monkeys, destroying much of the world’s population and forcing survivors underground. In 2035, prisoner James Cole (Bruce Willis, Die Hard) is chosen to go back in time and help scientists in their search for a cure. 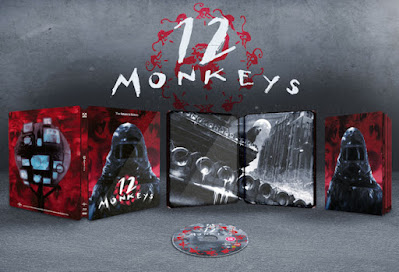 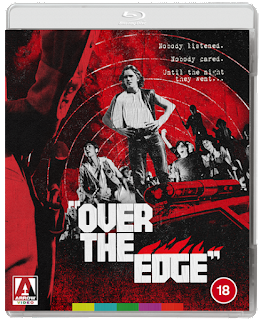 Inspired by real-life incidents, Over The Edge is an incendiary ode to teen rebellion that quickly became a Gen X/punk-rock touchstone, and a key influence on filmmakers such as Richard Linklater and musicians like Kurt Cobain (who often cited it as his favourite film).

New Granada is a brand new ‘planned community’, miles from the noise and crime of the big city and a perfect place to raise a family. The only problem is they forgot to build anything for the kids to do.

Bored out of their minds and stuck in the middle of nowhere, the teens in the town, led by Carl (Michael Kramer) and Richie (an effortlessly charismatic Matt Dillon in his first film role), do pretty much anything to fill the time, quickly escalating from drugs and sex to petty crime.

A rash action by an overzealous local police officer (Harry Northup - Taxi Driver) sets in motion a face-off between the frustrated kids and their clueless parents that will lead to explosive, destructive consequences...