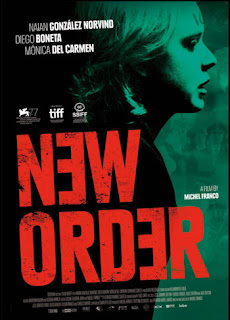 From Writer/Director Michel Franco (After Lucia, Chronic) comes an incendiary and ambitious indictment on class divide and abuse of power which speaks to the Latin American experience whilst resonating beyond its Mexico City setting and interrogating disturbing current global trends.

In NEW ORDER, a lavish upper-class wedding goes awry when an unexpected uprising gives way to a violent coup. As seen through the eyes of the sympathetic young bride (Naian Gonzalez Norvind) and the servants who work for, and against, her wealthy family, the film breathlessly traces the collapse of one political system as it is replaced by another.

Following its Premiere and Grand Jury Prize win at the Venice Film Festival, the film went on to screen at Toronto Film Festival and the BFI London Film Festival 2020, shaking audiences with its riveting and suspenseful dystopian vision which occupies the same visually striking and thought-provoking social ground as Bong Joon-Ho’s Parasite. The film has recently been long-listed for a BAFTA in the Best Film Not in English Language category.

Intense, fast-paced and wildly unsettling, NEW ORDER is an edge-of-your-seat new work from a master filmmaker. 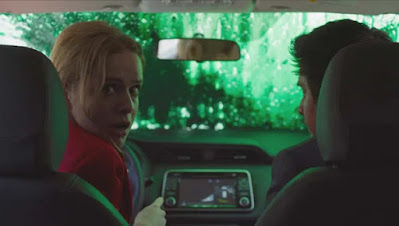