THE RECKONING - in Cinemas and on Digital April 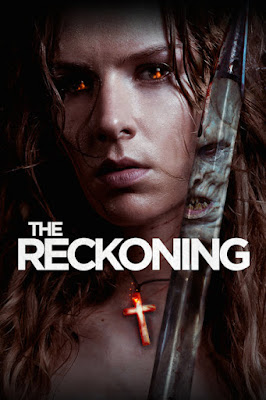 Neil Marshall returns to the genre that made his name, reuniting with Dog Soldiers star Sean Pertwee, and featuring a striking lead performance from Charlotte Kirk (who also co-wrote the script) as a widow accused of being a witch.

Set against the backdrop of the Great Plague and subsequent witch-hunts against women, Grace Haverstock (Charlotte Kirk) must grapple with the tragic untimely death of her husband Joseph (Joe Anderson) in a society completely consumed by fear and death.

Because she rejects her landlord Squire Pendleton’s (Steven Waddington) advances, she is falsely accused of being a witch and thrown in jail for a crime she didn’t commit. Grace must endure physical persecution at the hands of England’s most ruthless witch-hunter Judge Moorcroft (Sean Pertwee) and face her own inner demons as the Devil himself starts to work his way into her mind.

It’s Witchfinder General for the Covid era, featuring a star-making turn from Kirk (Ocean’s Eight), who turns from tortured victim to fierce avenger; and a fantastic performance from Pertwee as a superbly sinister judge. Marshall, who directed episodes of Game of Thrones and Black Sails, knows how to mount a thrilling action set-piece, and piles on lashings of blood and thunder - and even a skin-crawling appearance from the devil - to tell this tale of a woman wronged seeking vengeance.

With touches of Hammer horror and recent cult hits The Witch and The Nightingale, THE RECKONING is, as BritFlicks says, “a proper rip-roaring yarn”. 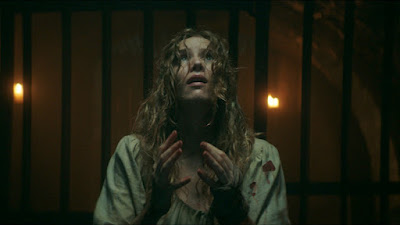