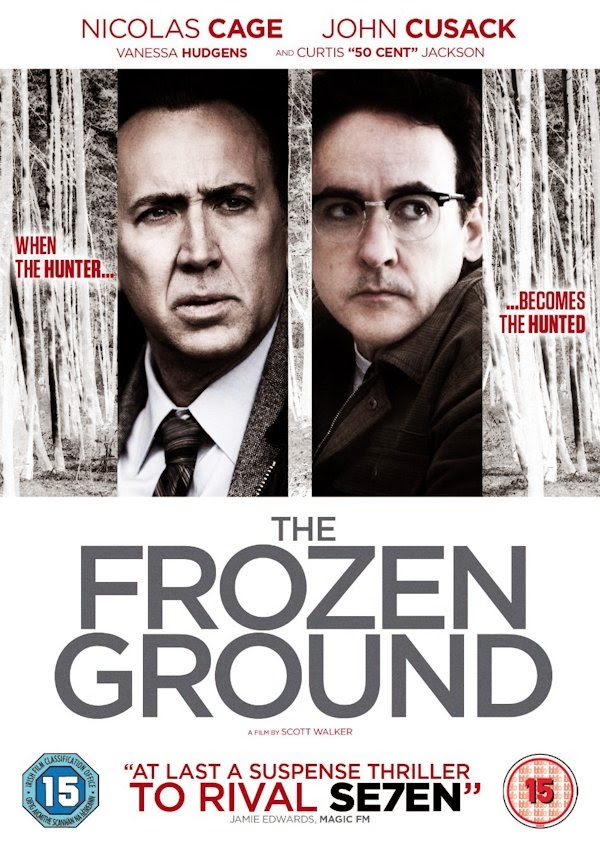 It seems like every 5 minutes there's another Nicolas Cage film coming out, either on disc or at the cinema. Well here's another one. Koch Media will be releasing THE FROZEN GROUND, starring Nicolas Cage and John Cusack onto disc this January.
Directed by Scott Walker, THE FROZEN GROUND is the terrifying true story surrounding one of America’s most notorious serial killers.
When teenage prostitute Cindy Paulson (Vanessa Hudgens - "Sukerpunch") is found by police officers - beaten and pleading for her life - in an Alaskan motel room, everyone is quick to dismiss her version of events.  However, US state trooper Sgt. Jack Halcombe (Nicolas Cage), soon comes to believe that Cindy is the only surviving victim of a local serial killer, Robert C. Hansen (John Cusack - "2012"), responsible for a series of murders of young women in the past decade. Lacking the support of his department, Halcombe must find Cindy, gain her trust and form an unlikely partnership in order to track down the man who still wants to kill her.
Also starring Curtis "50 Cent" Jackson, the film is released to UK DVD and BD from 13th January.