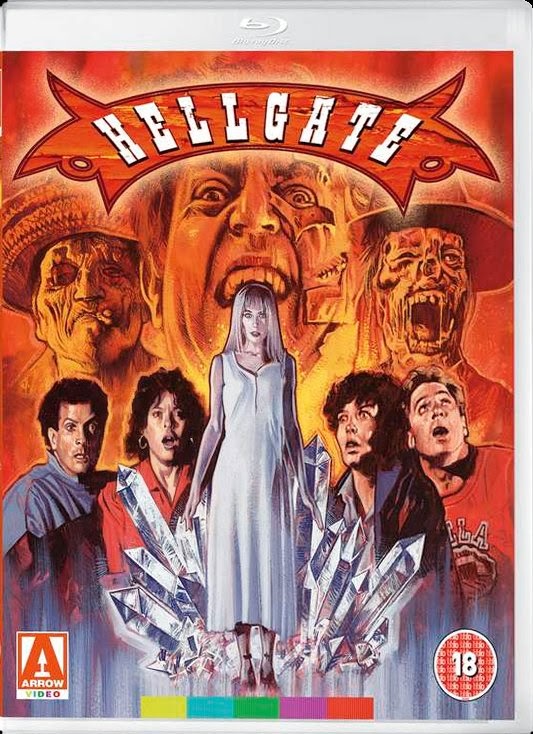 Arrow Video is excited to announce the UK Dual Format Blu-ray + DVD of Hellgate. This strictly limited edition (1000 copies) will be available to own in the UK on 27th January and features packaging that will showcase the original poster artwork as well as a reversible sleeve with newly commissioned artwork by Graham Humphreys.
Legends abound of ‘The Hellgate Hitchhiker’. So the story goes, a beautiful young woman was once brutally defiled and murdered by a biker gang. Now, returned from the dead, she wanders the roadside luring unsuspecting motorists to their doom…

Refusing to heed the warnings of locals, a group of college friends set out on a cross-country road trip looking for fun and frolics. But they get much more than they bargained for when they wind up in the abandoned mining town of Hellgate and hemmed in by hordes of the undead!

Providing gore and gags in equal measure, Hellgate recalls the good old days of early 90s fright flicks and challenges other gleefully twisted flicks such as Re-animator and Return of the Living Dead for sheer grisly delirium!