William Baldwin meets "The Stranger Within" 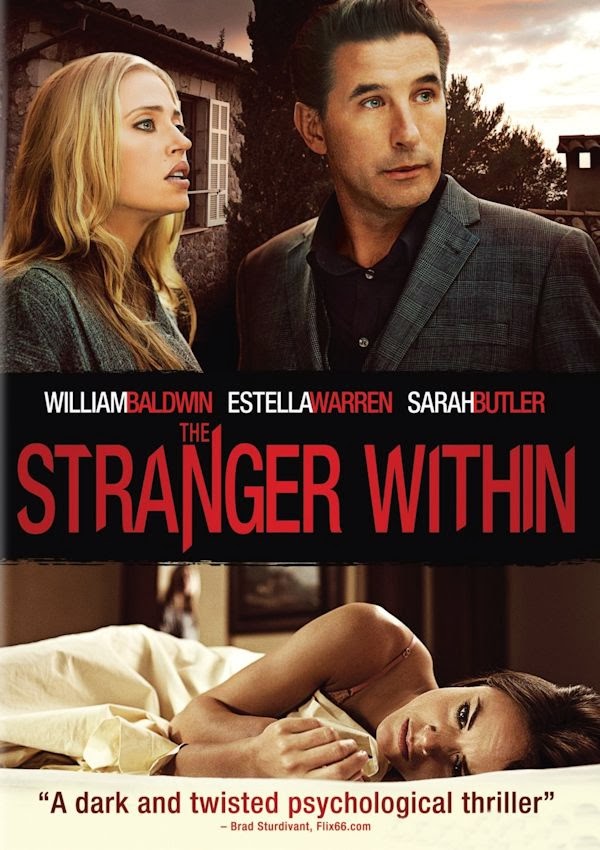 The perfect couple becomes the perfect target in the sexy, psychological thriller THE STRANGER WITHIN, which is released to UK DVD this Fenruary.
After a traumatic ordeal, acclaimed actress Emily Moore (Estella Warren - Planet of the Apes) and her psychiatrist husband, Robert (William Baldwin - Sliver) escape on a relaxing holiday to a gorgeous remote Mediterranean island.

But on the first night at the house, a young woman (Sarah Butler - I Spit on Your Grave) arrives, with blood on her hands and hysterical from the death of her boyfriend in a hiking accident. Robert offers to take in and help the young girl, but her suggestive behaviour makes Emily wonder if she might be a threat to their marriage… or her life.
Filmed on location in Spain, New York and Copenhagen, this intensely erotic and suspenseful thriller premiered at the prestigious 2013 Berlin Film Festival and is available on DVD from Sony Pictures Home Entertainment on February 17th 2014.
Buy the UK DVD from Amazon.co.uk
Posted by Dark Angel at 17:48