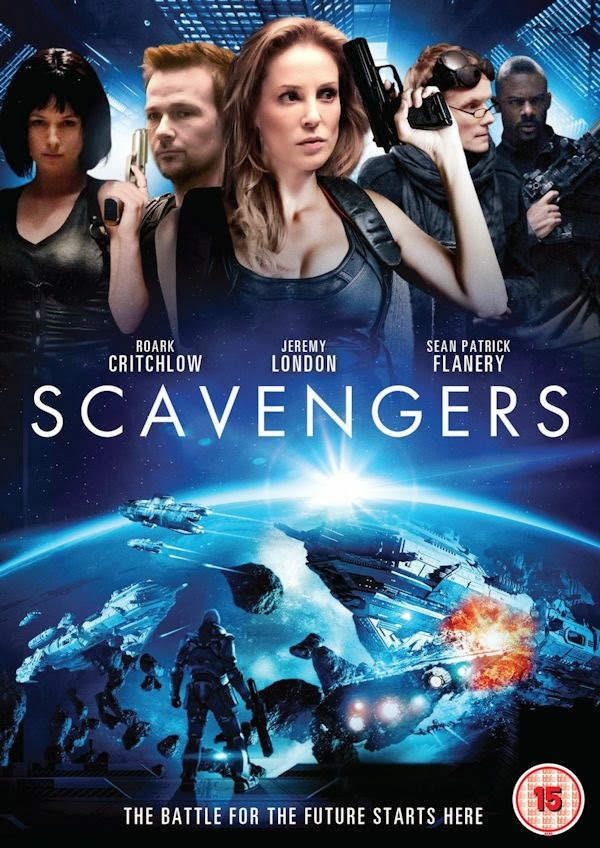 Image Entertainment is delighted to announce their first UK release, Sci-Fi action thriller "Scavengers" onto DVD and BD.
In a forgotten corner of the universe, a battle is raging that threatens our very existence. Our future lies in the hands of Scavengers.
The crew of the Starship Revelator survive by keeping out of trouble, until they stumble across the mechanics of ultimate destruction. A rival ship has it in their sights, and they will stop at nothing to master a power that could destroy the universe.
The fight for the future is on – a battle against oblivion. To the victor goes untold power; to the vanquished, death, devastation and the cold dark emptiness of space.
Starring Roark Critchlow (V/Battlestar Galactica), Jeremy London (Sink Hole/The Devil’s Dozen) and Sean Patrick Flanery (Dexter/Saw : The Final Chapter), this CGi packed sci-fi thriller makes its UK DVD and Blu-ray debut on 27 January 2014.