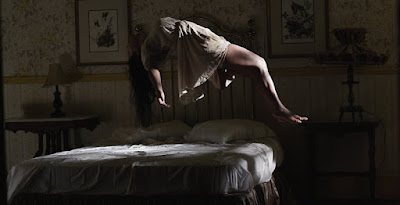 Uncork’d Entertainment President Keith Leopard says he’s excited to be involved in what’s sure to be one of the horror highlights of early 2017.

When a female refugee discovers an ancient demonic device that opens the gateway to another realm, she unleashes a dark entity that poses as her daughter.  After many failed attempts to have the church explain the creation of her worst nightmares, she learns that the house is cursed by an enraged spirit that died on Friday the 13th. And now a group of thrill seeking friends unknowingly unleash its wrath and damn their souls.

Uncork'd Entertainment will represent THE 13TH FRIDAY at AFM in November.

Uncork’d Entertainment’s recent releases include Kathryn F.Taylor’s horror-thriller THE EVIL GENE, ALL GIRLS WEEKEND and FEED THE DEVIL. The distrib’s upcoming releases include SPAGHETTIMAN, released late September, John Fallon’s anticipated thriller THE SHELTER, and THE HOLLOW, opening in US theaters in October.