Death Walks in the US and Australia

If you've been following the progress of British indie zombie film DEATH WALKS on these pages and were wondering when you'll be able to see this for yourself. If you live stateside, you'll be pleased to know that it's getting a US release in December on the iTunes VOD platform.

Also, if you live in Australia you'll the film will be available from December onwards on Netflix. 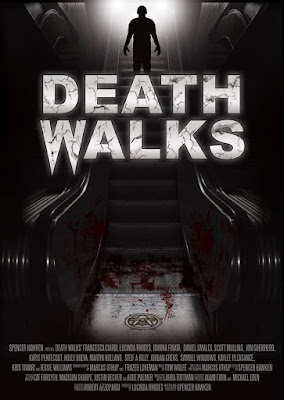 Festival wise, the film is being shown at the Puerto Rico Horror Film Fest, and Terrorfest (US).