Christmas will officially be starting early for cult film fans this December, with Arrow Video announcing a sleigh-full of titles that will be released throughout the month. 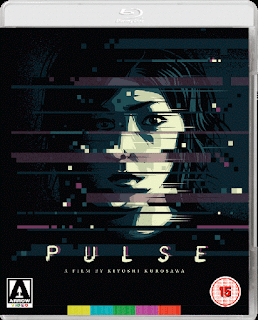 Award-winning filmmaker Kiyoshi Kurosawa delivered one of the finest entries in the "J-Horror" cycle of films with this moody and spiritually terrifying film that delivers existential dread along with its frights. Setting his story in the burgeoning internet and social media scene in Japan, Kurosawa's dark and apocalyptic film foretells how technology will only serve to isolate us as it grows more important to our lives.

A group of young people in Tokyo begin to experience strange phenomena involving missing co-workers and friends, technological breakdown, and a mysterious website which asks the compelling question, "Do you want to meet a ghost?" After the unexpected suicides of several friends, three strangers set out to explore a city which is growing more empty by the day, and to solve the mystery of what lies within a forbidden room in an abandoned construction site, mysteriously sealed shut with red packing tape.

Featuring haunting cinematography by Junichiro Hayashi (Ring, Dark Water), a dark and unsettling tone which lingers long after the movie is over, and an ahead-of-its-time story which anticipates 21st century disconnection and social media malaise, Pulse is one of the greatest and most terrifying achievements in modern Japanese horror, and a dark mirror for our contemporary digital world. 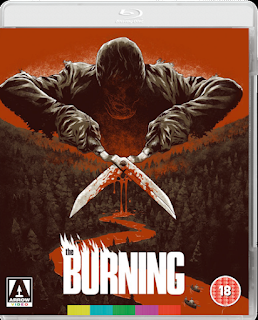 Of all the many slice-and-dice films that emerged in the early ‘80s, few remain as gruesomely effective as The Burning – the notorious “video nasty” now finally unleashed on Blu-ray!

When an ill-advised prank misfires, summer camp caretaker Cropsy is committed to hospital with hideous burns. Released after five years, hospital officials warn him not to blame the young campers who caused his disfigurement. But no sooner is Cropsy back on the streets than he’s headed back to camp with a rusty pair of shears in hand, determined to exact his bloody revenge

With standout gore effects courtesy of FX legend Tom Savini, The Burning proved too shocking for UK censors upon its original video release. Now, fully uncut and in High Definition, The Burning is ready to reclaim its place as the ultimate summer camp nightmare. 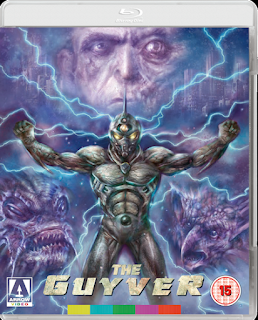 Having been smuggled out of the mysterious Chronos Corporation by one of its researchers, a bio-weapon known as the “Guyver” unit – which transforms its holder into a lethal super-being – ends up in the hands of Sean, a young martial arts student. Sean soon finds himself in the sights of the Chronos Corporation and its mutant henchmen, who’ll stop at nothing to retrieve the weapon.

Produced by Brian Yuzna (Society, Bride of Re-animator) and co-directed by special-effects masters Screaming Mad George and Steve Wang, The Guyver is an FX-laden extravaganza featuring a plethora of familiar genre faces such as Michael Berryman (The Hills Have Eyes) and David Gale (Re-animator).