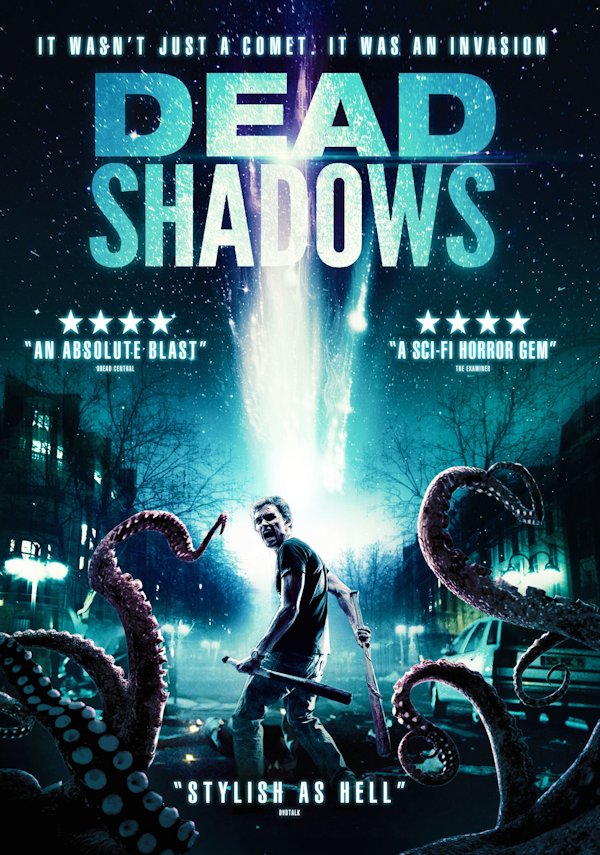 A passing comet spells trouble for the people of Paris, in David Cholewa's “Dead Shadows”, which comes to UK DVD this month from Signature.

With news reports of a comet passing close to the Earths atmosphere, computer technician Chris (Fabian Wolfrom) is lured to a nearby party by the young girl he fancies, who lives in the flat across the hallway.

But as the comet passes closer to earth, he notices people’s behaviour getting increasingly strange. Some become disorientated, others violent, but then when he spots a couple in one of the rooms going through a strange transformation (giving a whole new meaning to the phrase ‘trouser snake’), he realises something is definitely not right.

Seems the effect of the comet passing through the atmosphere is causing some people to change, who are going on to infect others. Realising he’s not safe, Chris and a couple of others decide to seek sanctuary elsewhere, but will they be any safer outside?

Described as a cross between "Dawn of the Dead" meets "The Thing", I’d say the film has more in common with films like “Night of the Comet”, about passing meteors/comets having an adverse effect on the Earths population. But sadly proves to be less entertaining than its contemporaries.

Filmed in and around Paris, overall it did manage to entertain me for its duration (and clocking in at 70 mins its not overly long) and is certainly an impressive debut effort from director David Cholewa, who makes the most of the films limited budget. But I felt that it took too long to get going, plus it is sadly let down by some dodgy CGI.

Shot in French language,  this release contains both an English dub of the film, which produces some “interesting” lip synching issues. Plus the original French soundtrack with English subs. The English dub is the default audio track though, so if you wish to view with the original French track, you need to select this from the 'Set-up' menu on the disc.

To summarise, I feel this is a film that will only appeal to lovers of low-budget sci-fi movies.

The disc did not contain any other supplemental features, aside from the optional English and French audio tracks.