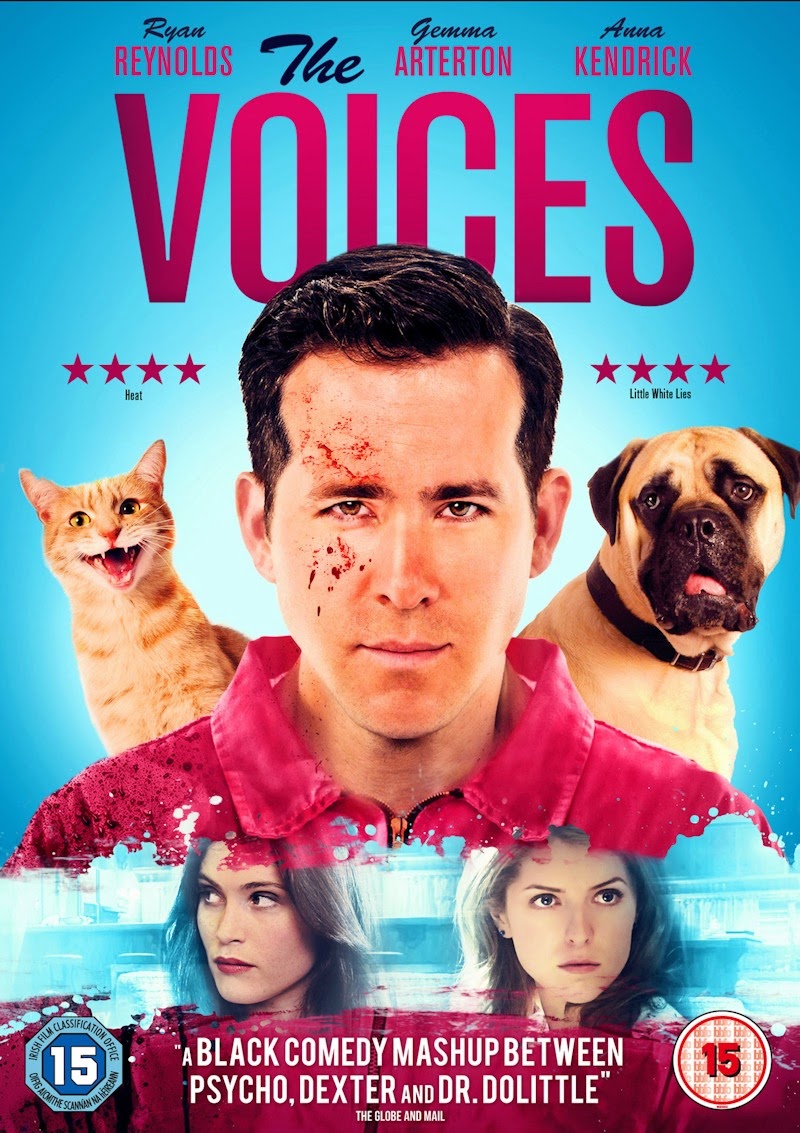 Arrow Films are pleased to announce the DVD, Blu-Ray and Steelbook (the latter exclusive to Zavvi.com) release of horror-comedy "The Voices" starring Ryan Reynolds, Gemma Arterton and Anna Kendrick on Monday July 13th.
Ryan Reynolds stars as a troubled, med-addicted factory worker driven to murder by his talking pets, a psychopathic cat called Mr. Whiskers and Bosco, his peace-loving dog. Reynolds also voices both of the animals, while Jacki Weaver, Gemma Arterton and Anna Kendrick play the women unfortunate enough to cross his path.
When one night he accidentally kills Fiona, Jerry hastily covers his tracks, under the strict advice of the subversive Mr. Whiskers. But Jerry is already beyond the reach of his well-meaning psychiatrist Dr. Warren (Jacki Weaver) and things are also looking bad for Lisa, who has taken a shine to Jerry.
Despite Bosco trying to keep Jerry on the straight and narrow, Mr. Whiskers seems to be the loudest voice in Jerry’s head and soon events have spiralled and salvation is all Jerry can hope for.


The Voices is directed by Marjane Satrapi, the Iranian author and filmmaker best known for the Academy Award nominated animated film Persepolis (2007).
The DVD and BD contain the following special features.
-Interviews
-Scare Prank
-Deleted Scenes
-Extended Scenes
-Pet Voice Recording
The following featrues are exclusive to the BD only.
-Behind The Scenes
-Animatics
Pre-order the UK BD from Amazon.co.uk