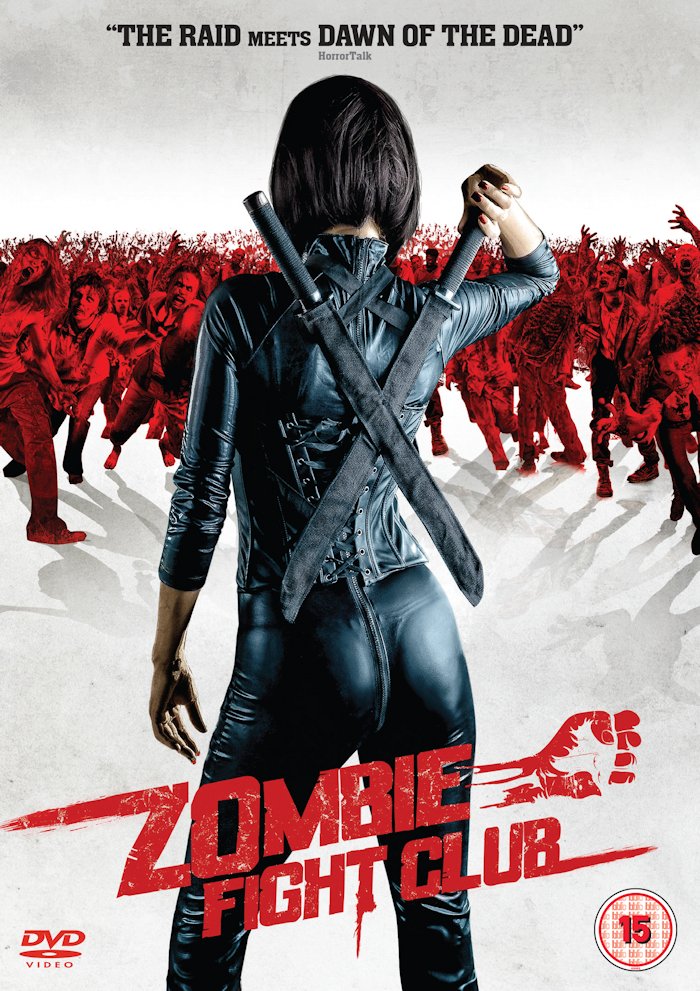 Joe Chien's “Zombie Fight Club” received its UK premiere at Frightfest this weekend, but though I may have been unable to attend that, I was able to secure a review disc to take a look at.

Set in Taiwan, a Police SWAT team are raiding a run down block of flats, looking to take out a notorious drugs den, when they find that the building is in the grip of a zombie outbreak. It seems bad batch of pills they’ve been dealing have turned several of the users into blood thirsty zombies, who are now attacking the other tenants and spreading the infection.

As a result, the surviving officers, along with some of the residents have to try and fight their way past hordes of undead, as they battle to make it back outside to safety. But even if they do manage to make it, what awaits for them outside?

Fast paced, over the top and packed with gore (which is mostly of the CGI variety), the film is best described as a sort-of cross between “The Raid” and “Dawn of the Dead” and is tremendous fun. Though if you’re wondering where the “fight club” title fits into this, there’s an epilogue scene (which I won’t spoil for you) showing events a year on, which sort of explains this.

The films audio is in Mandarin, with English subs, though some characters speak intermittently in English, which kept throwing me. The film is apparently a sequel of sorts to the director’s earlier “Zombie 108”, so if you’ve seen that you’ll know what to expect. But even if you haven’t, zombie movie fans are going to want to check this one out.

The DVD is released in the UK August 31st from Altitude films and contains a trailer as an extra.