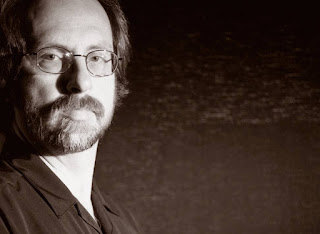 30th October: Escape from New York
Action at its dystopian best. This cult classic stars Kurt Russell in, perhaps his most identifiable role, the eyepatch wearing, gun toting, Snake Plissken. The film, inspired by Carpenter’s reaction to the Watergate Scandal was at first deemed, according to Carpenter, as "too violent, too scary, too weird" to make.
The original score, composed by John Carpenter and Alan Howarth will be performed in live and in full by Alan alongside the film. It will be followed by a special live set by Alan to include a re-working of the score incorporating modern electronic technologies and new beats.
Over 15s only, under 16s accompanied by an adult.


Alan Howarth has scored much of the iconic Halloween series creating the soundtracks for Halloween 2-6. He will perform music from these five films live alongside film excerpts on October 31st.
Clips from these classic slasher horror films will provide all the gore and guts you could want for a proper Halloween night out.
Alan will open the night with music from some of his collaborations with John Carpenter including music from Christine, Prince of Darkness, They Live and Big Trouble in Little China as well as several of his more recent film scores. Expect a journey in to his extraordinary electronic imagination via some classic 80s sounds and a few more modern twists.


Chills in the Chapel, Union Chapel’s annual and hugely popular Halloween film night mixes a love of cinema and music with a great night out. Set in the Grade I listed architectural masterpiece that is Union Chapel the atmosphere is suitably spooky.
Expect fancy dress, creepy cocktails and a few surprises along the way