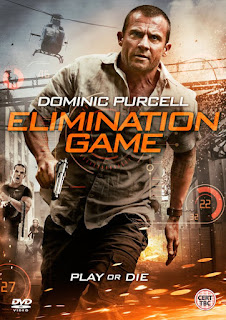 Dysotopian adventure "The Elimination Game" starring Dominic Purcell (Blade 3, TVs Prison Break) comes to UK DVD this October.
After a civilian massacre in a foreign war zone, Navy SEAL Rick Tyler (Dominic Purcell), is falsely imprisoned for the crime.
But Rick is offered the chance of freedom – all he has to do is enter and survive a deadly game show, which pits him against some of the world’s most ruthless killers in a series of brutal locations. The rules are simple: kill or be killed.
Can Rick survive the game, win his freedom and find out why he was framed for a crime he didn’t commit?
Find out in "The Elimination Game", which comes to UK DVD October 12th from Altitude films.


Pre-order the UK DVD from Amazon.co.uk
Posted by Dark Angel at 19:20