There is real bite to July’s line-up on THE Horror Channel, as killer sharks, a rampaging tiger, a family of cannibals, a vengeful Chupacabra and a wolf in serial killer clothing herald in a premiere-packed month on the UK’s only channel dedicated to the dark side.

There are four UK TV premieres: Jim Mickle’s brilliant re-imagining of Jorge Michel Grau’s Mexican art-house cannibal fantasy WE ARE WHAT WE ARE, Greg McLean’s  WOLF CREEK 2, which sees the return of Australia’s most famed pig-shooting psycho, Carlos Brooks’ wonderful ‘Tiger in a House’ nerve-jangler BURNING BRIGHT and Alastair Orr’s Panamanian creature thriller PREY. Plus, there is the network premiere of THE REEF, the scariest shark chiller since Jaws.

Horror’s season of Tropical Terror is every Friday at 10:50pm from Friday 8th July. 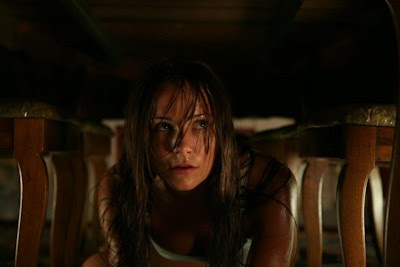 Johnny Gavenau’s latest get-quick-rich scheme is to turn his Florida ranch into a Safari Park. As the main attraction he buys a dangerous Bengal tiger from an unscrupulous circus trader. But the ravenous beast gets loose, its only refuge the ranch house interior where stepdaughter Kelly and her autistic little brother Tom reside... Nature runs amok but human nature proves to be the real villain in director Carlos Brooks’ taut twist on the home invasion chiller. Look out for a guest appearance from Meatloaf. 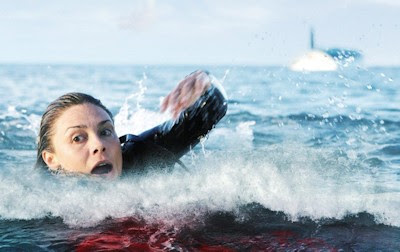 For four old friends it seemed like a dream come true – a week cruising the world’s most beautiful coral reef on their own yacht. But when the vessel capsizes, leaving them stranded on the over-turned hull, that dream turns into a nightmare. They take to the open water – only to learn, too late, that they are being stalked by a deadly great white shark. Director Andrew Traucki’s true-life shocker puts ordinary people in an all-too believable extreme situation, where small actions become epic tragedies. 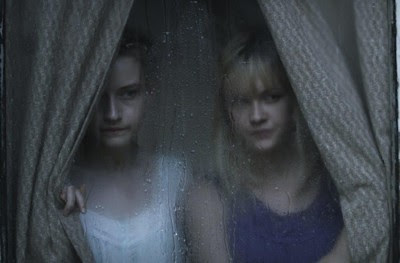 Following the unexpected death of their mother, teenage daughters Iris and Rose Parker are ordered by their father to carry on a macabre ancestral ritual at all costs. But when a torrential storm hits their upstate New York region, the town’s river overflows and the local authorities start uncovering long-buried clues that lead them to the Parker family’s cannibalistic secret. Stunning performances from the cast add enormous weight to Jim Mickle’s superb film craft and subtle horror nuance. Stars Bill Sage, Ambyr Childers, Julia Garner, Michael Parks and Kelly McGillis. 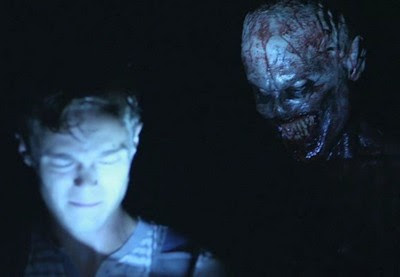 Originally released as Indigenous, Alastair Orr’s  exotic horror fantasy centres on five friends who meet in Panama for a vacation. While partying, they hear a native story about a beautiful waterfall deep in the jungle. Ignoring the many warnings, they set off to find the waterfall. When they reach it, the group discovers that the stories about the mythical, blood-sucking Chupabra are not only true, but that it has now developed a taste for humans. 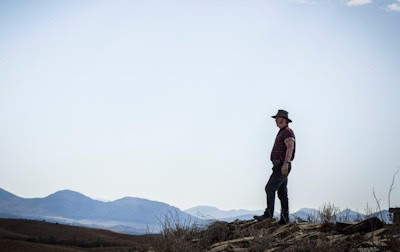 The gravel-voiced, sneering maniac Mick Taylor is back with a few more days to kill! Bolder. Gorier, and placed on a far bigger canvas than the original Ozploitation classic, star John Jarratt and director Greg McLean return with an even more twisted shocker. WOLF CREEK 2 maintains the original’s savagery and nerve-jangling tension, while dazzling further with a spectacular and surprising use of Down Under landscapes and creatures. Two arrogant cops, two unwitting German backpackers and a Good Samaritan British tourist become the prey for the crazed pig-shooting psycho as the outback is drenched in rivers of blood.