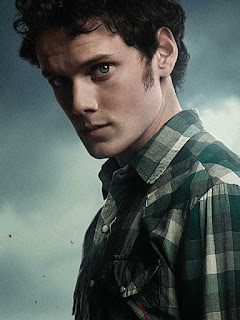 Absoloutely devastating news broke earlier today, with the announcement of the death of actor Anton Yelchin in a freak car accident at his property in Los Angeles.

Probably best known for playing the young Chekov in the new Star Trek films, he had also appeared in the crime thriller Alpha Dog (2006) and teen comedy Charlie Bartlett (2007) as well as appearing as the young Kyle Reese in Terminator : Salvation (2009). His horror credits included Fright Night (2011), Burying the Ex (2014) and more recently Green Room (2015), which saw him appearing opposite fellow Star Trek alumni Patrick Stewart.

According to the police, he had pulled into his drive way and had left the car in neutral whilst walking back down to the mail box at the end of the drive. The car rolled backwards and pinned him against the brick wall. He was found later that evening by friends, after failing to show up for their scheduled band practice.

Born in Russia, his parents moved to the US in the late 80s and was their only child. The actor's publicist, Jennifer Allen, confirmed the actor's death and said his family had requested privacy.

At 27 years old, he was way too young to be taken from us, but at least he leaves us with an impressive list of films to remember him by.  RIP Anton, you will be missed by fellow horror and sci-fi fans alike!