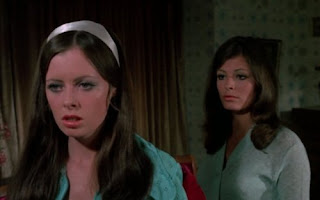 Betty (Vicki Michelle) and her sister Christine (Ann Michelle) are two young models who are lured by a lecherous older lesbian to spend a weekend at a country house being photographed by a trendy photographer. In reality, Ann is being set up for a virgin sacrifice and induction into a witch’s coven. Stars Ann Michelle (House of Whipcord; Haunted), Vicki Michelle (‘Allo ‘Allo) and Patricia Haines (The Night Caller). The screenplay, by one ‘Klaus Vogel’– actually a pseudonym for Hazel Adair, one of the creators of TV soap Crossroads, 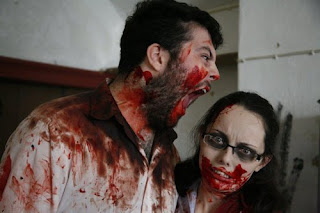 It’s Christmas Eve. A down-on-his-luck janitor is cleaning cubicles in an office block.  Unfortunately for this forlorn floor-sweeper, he becomes trapped in the washroom the very second a zombie outbreak occurs. Will he be able to hit the emergency alarm with severed fingers and a catapult bra? Has he met his Waterloo? Will he just go potty? Or will he simply remain…STALLED? Director Christian James’ remarkable comedy horror is THE EVIL DEAD meets PHONE BOOTH in a toilet. Stars Dan Palmer, Antonia Bernath, Tamaryn Payne, Mark Holden and Giles Alderson. 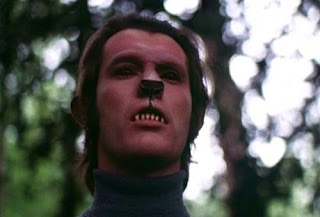 A carnivorous alien with a canine-like appearance arrives on earth, choosing the English countryside as his predatory location. He attacks a young couple and manifests the body of the male. Choosing a name for himself, Anderson, (Barry Stokes) he stumbles on the cottage home of two lesbian lovers, the dominant Jo (Sally Faulkner) and the sweeter, Jessica (Gloria Annen). But soon they become wary of his mysterious intentions…and for good reason! Shot in 10 days, Norman J Warren’s fantastically deranged shocker has become warmly embraced by horror fans. 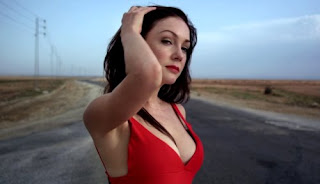 Ken (Eoin Macken) and his girlfriend Rachel (Anna Skellern) set off on a yachting holiday, inviting along Rachel’s college friend Marco (Anthony Jabre). The trio have planned a relaxing break, which is ruined when they come across a castaway brandishing a knife and bleeding from his ears, who dies once aboard their boat. Confused and concerned, they bury his body on the island they rescued him from only to find it holds another inhabitant, the mysterious Silka (Tereza Srbova) who moves them on a path of death and destruction that they seem powerless to avoid. 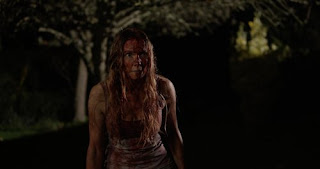 A married couple, along with their new born baby, retreat to the idyllic English countryside in an attempt to repair their fractured marriage. However, things rapidly take a turn for the worse when their car breaks down and they are forced to spend the night at a remote bed and breakfast known as Eden Lodge. This is the debut feature from Andreas Prodromou, and stars Georgina Blackledge (The Last House on Cemetery Lane), Cyd Casados (Blood Feast 2) and Ivy Corbin (Apocalypse Z).