It's rare for a sequel to live up to the original film, but James Cameron managed to fulfill expectations with Aliens. This summer marks 30 years of the action-packed sci-fi classic, and Fright-Rags has stopped its grinnin' and dropped new linen with the Aliens 30th Anniversary Collection. 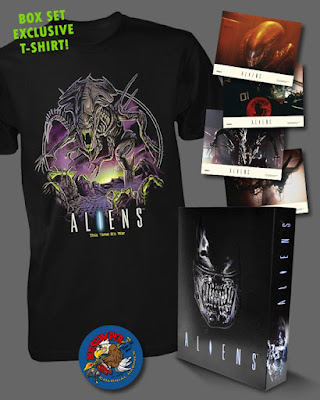 The Aliens box set includes an exclusive shirt designed by Justin Osbourn, a set of four 8x10 lobby cards, and a Bug Stomper sticker, all packaged in a collectible box. The box itself is suitable for display, featuring an embossed Xenomorph emerging from it. Only 500 exist.

Osbourn's shirt is exclusive to the box set, but you can own the design on a baseball tee separately. Franchi also put a personal spin on the Bug Stomper logo seen in the film, which comes on a royal blue heathered tee. Finally, a pair of custom-knit crew socks feature Xenomorphs and Power Loaders.

"I'm sure I'm probably not alone when I say that Aliens was my first introduction to the Alien franchise," states Fright-Rags founder Ben Scrivens. "Yup, I saw the sequel first! It still remains my personal favorite of the series and just doesn't get old no mater how many times I watch it."

The Aliens collection is on sale now at Fright-Rags.com.

Quantities are limited, so act quickly before it's game over, man. 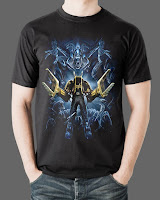 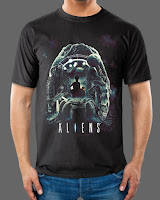 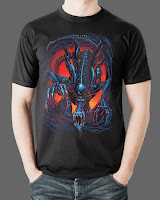 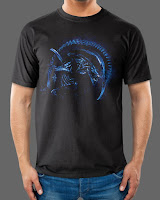 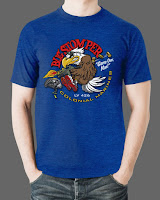 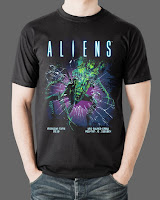