First trailer for "THE HOLLOW" - in US cinemas this summer

When a U.S. congressman's daughter passing through a small town in Mississippi dies in a mysterious triple homicide, a team of F.B.I. agents descends to investigate, the team's brilliant but jaded lead agent battling demons both past and present, as his beautiful, tough-as-nails partner tries to hold him and the case together. They find a struggling and corrupt sheriff's department, a shadowy and much-feared figure, who seems to be pulling all of the town's strings from his mansion on the edge of town and a local victim with a strange connection to a number of the town's most prominent figures. 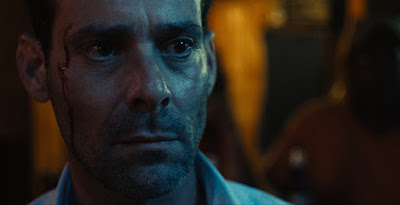