Arrow films have just revealed the new quad poster for the upcoming reboot of CABIN FEVER. 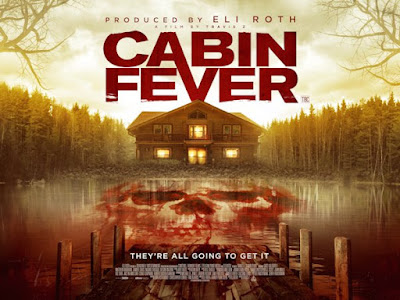 Based on Eli Roth's stomach-churning 2002 classic and taken from the same script as the original, it follows a group of friends plagued by a deadly flesh-eating virus. With exciting young director Travis Zariwny (Intruder), a cast of up-and-coming talent, and stunning visuals, the flesh-crawling terror of Cabin Fever is back – bloodier, gorier, and more brutal than ever before!