Naomi Watts is SHUT IN this February

Shut In is a heart-pounding thriller starring two-time Oscar Nominee Naomi Watts, that relentlessly questions whether or not we can really believe our own eyes and ears. 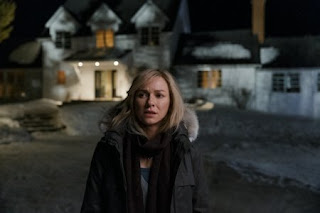 After losing her husband in a tragic car accident that also left her teenage stepson, Stephen  (Charlie Heaton - Stranger Things), paralysed and uncommunicative, child psychologist, Mary (Naomi Watts - The Ring, Mullholland Drive), finds herself isolated in a remote New England house, struggling with her responsibilities as a carer while juggling her career.

When a new patient, Tom (Jacob Tremblay - Room), left grieving after the death of his mother, vanishes in a severe winter storm and is presumed dead, Mary continues to hear his voice and catches fleeting glimpses of him around her home. While her doctor puts her visions down to sleep deprivation, Mary begins to suspect something more sinister as the storm cuts her and Stephen off from the outside world, and the intensifying apparitions cause her to fear for her sanity - and her life

Making great use of its claustrophobic setting, Shut In is a terrifying slice of New England gothic that will keep you riveted until the final twist.

Shut In is released to UK VOD from Feb 24 and on UK DVD and BD from April 10th.