Extreme horror author Matt Shaw will be appearing at HorrorConUK 2017, along with Chewie the Pug. 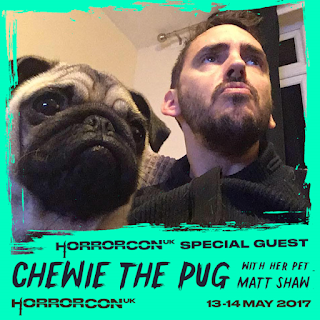 Matt is one of the UK's leading horror authors with over 170 books to his name and he's the creator of the infamous "Dead Ted: Controversial Cuddles" bears. Matt Shaw is known for his work in the Extreme Horror genre and has had his work translated into Japanese, Korean and German with several film options sold.

If you're a true lover of horror then don't miss out on his work - as Matt himself says if you're a bit of a girl's blouse then maybe wave politely, say hi to Chewie and walk on by!